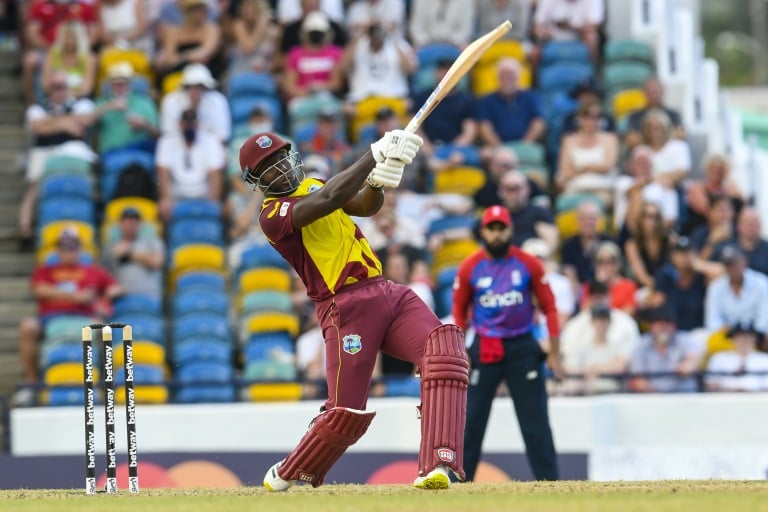 BRIDGETOWN, Barbados, Jan 27, 2022 (BSS/AFP) - Rovman Powell's blistering century laid the foundation for West Indies' 20-run win over England in the third Twenty20 international at Bridgetown on Wednesday as they went 2-1 up in a five-match series.

The recalled Powell's 107 off just 53 balls, as well as his fourth-wicket stand of 122 with Nicholas Pooran (70), helped take the West Indies to an imposing 224-5 after stand-in England captain Moeen Ali won the toss.

"I know I can strike the ball well," said player-of-the-match Powell. "I had a problem against wrist spin and the last seven months I went away and have been working on that and opening up the off side.

"Everything came out of the middle today."

Tom Banton hit six sixes in a rapid 73 and Phil Salt 57 on his T20 international debut as England tried to chase down 225, with Moeen leading a new-look side after regular captain Eoin Morgan pulled his quad during the warm-up.

But they lost wickets before finishing on 204-9 in a remarkable match yielding over 400 runs.

"A fantastic partnership took the game away from us but I'm proud of the way the boys batted at the end," said Moeen.

Powell's impressive display of ball-striking, including four fours and 10 soaring sixes, saw the 28-year-old Jamaican become only the third West Indies batsman after Evin Lewis and Chris Gayle, who have both performed the feat twice, to make a Twenty20 international hundred.

Garton bowled opener Brandon king but was hammered repeatedly when he missed his length in an expensive return costing 57 runs.

Powell, selected in place of Odean Smith in the only change to the West Indies XI, smashed his second ball for six but also played some 'touch' shots en route to three figures.

He reached his hundred off 51 balls and then promptly celebrated by heaving Topley out of the ground. But, attempting a repeat, he was caught at long-off.

Banton gave England hope of an improbable win in a 39-ball innings that ended when he holed out off West Indies captain Kieron Pollard.

Salt got the target down to 36 off a last over where he hit the first two legal deliveries for six before being bowled by Romario Shepherd.

The series continues when the teams return to the Kensington Oval on Saturday.