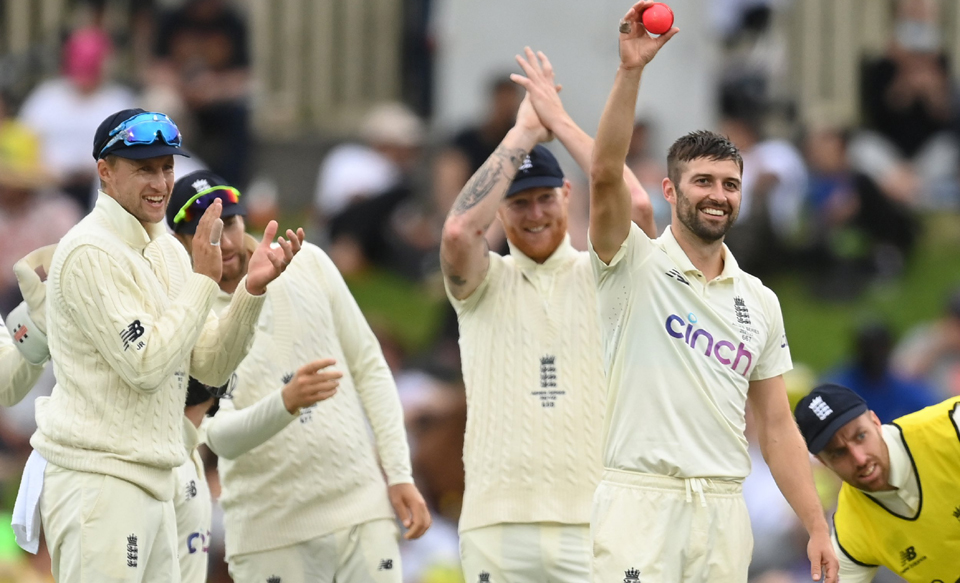 HOBART, Australia, Jan 16, 2022 (BSS/AFP) - English paceman Mark Wood took
four wickets in the first session to give England some hope of victory in the
fifth and final Ashes Test in Hobart on Sunday.

After the first session of the third day of the day-night match, Australia
were 141 for eight in their second innings, a lead of 256 with two wickets in
hand.

Wood has taken five wickets for 32 from 13 overs of hostile pace. For
Australia, wicketkeeper Alex Carey rode some good fortune to be on 40 at the
break, with skipper Pat Cummins alongside him on 12.

After resuming from their overnight score of 37 for three, the Australians
lost five wickets in the extended session as the English bowlers fought hard
to keep them in the game.

However, England's batting frailties in the series suggest that the lead
may already be enough on a wicket that is still causing the batsmen plenty of
trouble.

Wood's extra pace has troubled a number of the Australian batsmen
throughout the series and it proved a big factor during the session.

He had nightwatchman Scott Boland and first innings century-maker Travis
Head both caught by wicketkeeper Sam Billings with only 22 runs added to the
overnight score.

He then enticed a mistimed hook shot from the dangerous Steve Smith, who
hit it straight to Dawid Malan at deep fine leg, leaving Australia 63 for
six.

Carey and allrounder Cameron Green tried to rebuild the innings and took
the score to 92 before Carey had his first stroke of luck.

The South Australian played a terrible cross-bat shot to Chris Woakes and
chopped the ball on to his stumps.

However, in the tightest of calls, TV umpire Paul Reiffel adjudged that
Woakes had overstepped the mark by millimetres, a no-ball was called and
Carey was given a reprieve.

Green and Carey put on another 20 runs before Stuart Broad was reintroduced
into the attack with immediate effect, trapping Green lbw for 23.

Carey then had his second piece of good fortune when he was adjudged lbw to
Broad.

Carey reviewed the decision and looked plumb in front, but ball tracking
showed the ball had landed a fraction outside the line of leg stump, leaving
Broad shaking his head in disbelief.

Wood then claimed his fifth wicket when Mitchell Starc was caught at short
leg by Ollie Pope.

There was more drama next ball when a Wood yorker crashed into Cummins'
foot and he was given out lbw, but on review the ball was missing off stump.