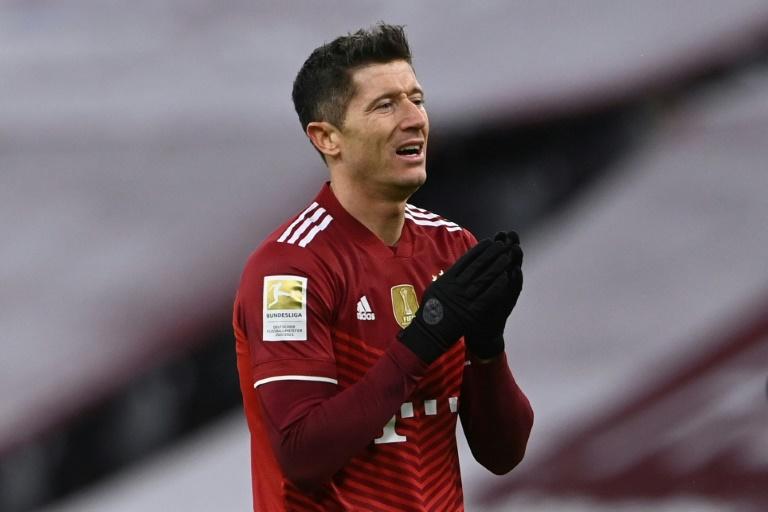 PARIS, Jan 16, 2022 (BSS/AFP) - After missing out on the Ballon d'Or, Robert
Lewandowski may be in line for a consolation victory at FIFA's "The Best"
awards ceremony on Monday.

The Polish striker is the favourite to take the men's player of the year
award while Alexia Putellas is well placed to make it a double in the women's
award.

Lewandowski, who fired in 41 goals for Bayern Munich in the Bundesliga last
season and took his tally for this campaign to 23 with a hat-trick against
Cologne on Saturday, is up against Liverpool's Mohamed Salah and Paris Saint-
Germain's Lionel Messi who pipped Lewandowski for the Ballon d'Or.

"You broke records and you too would have deserved to win this Ballon d'Or.
You had an incredible season," Messi told Lewandowski when he picked up his
seventh Ballon d'Or in Paris in November.

Lewandowski's 41 goals marked a new record in a Bundesliga season, one more
than the late Gerd Muller netted half a century ago.

The 33-year-old was less successful in Europe as Bayern were eliminated
from the Champions League in the quarter-finals while he was injured and nor
was the Euro a high point as Poland failed to make it out of the group stage.

The accolade, which will be awarded at a virtual ceremony from FIFA's
headquarters in Zurich, recognises the performances and achievements of
players worldwide from October 2020 to August 2021.

Messi had a troubled year as Barcelona underperformed before his departure
for PSG. But he did lead Argentina to victory in the Copa America, his first
major international trophy.

Liverpool failed to secure any silverware but Salah scored 26 goals during
the period and has continued that form into 2021-22 with 23 goals and nine
assists in 26 games.

The Reds forward, who is with Egypt at the Africa Cup of Nations, would
become only the second African to win a global player of the year award if
successful, after Liberian George Weah in 1995.

Putellas, who won the Ballon d'Or, is favourite to take the women's prize
ahead of Barcelona team-mate Jennifer Hermoso and Chelsea's Australian
striker Sam Kerr -- the same trio who were the top three in Paris.

The 27-year-old Putellas was the midfield maestro and captain of the
Barcelona team that produced an impressive domestic and European treble.

Lluis Cortes, who led Barcelona's women to a treble last season, is up
against Chelsea coach Emma Hayes and Sarina Wiegman, the former Netherlands
boss now in charge of England, for top women's coach.