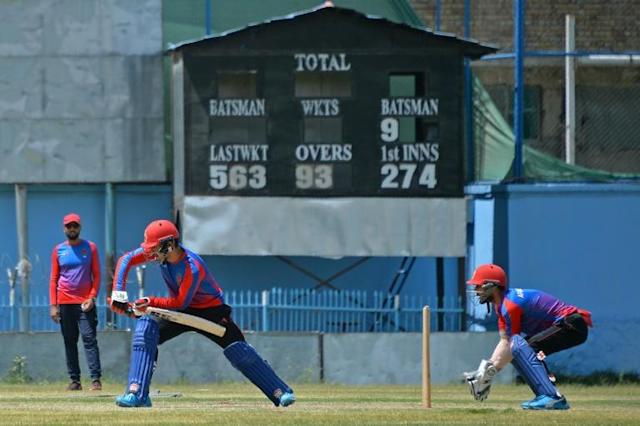 ISLAMABAD, Sept 15, 2021 (BSS/AFP) - International cricketers should
support Afghanistan's men's team, not punish them by boycotting matches if
the Taliban bars women from playing, the former director of the women's side
said.

Tuba Sangar, who fled the country for Canada shortly after the fall of the
country to the hardline Islamist group, warned that sports sanctions would
damage the game at the grassroots -- including for women and girls.

"It's not a good idea to boycott the male team. They did a lot for
Afghanistan -- they introduced Afghanistan to the world in a positive way,"
Sangar told AFP on Tuesday.

"If we don't have a male team any more, there would be no hope for cricket
overall," said the 28-year-old, who was the director of women's cricket at
the Afghanistan Cricket Board from 2014-2020.

Australia's cricket chiefs threatened to cancel a historic maiden Test
between the two countries -- set to take place in November -- after a senior
Taliban official went on television to say it was "not necessary" for women
to play.

During their first stint in power, before being ousted in 2001, the
Taliban banned most forms of entertainment -- including many sports -- and
stadiums were used as public execution venues.

Women were completely banned from playing sport. But the sport has become
immensely popular over the past few decades, largely as a result of cricket-
mad Pakistan across the border.

This time round, the hardline Islamists have shown they do not mind men
playing cricket, pulling together a match in the capital Kabul shortly after
foreign forces withdrew.

But on Tuesday, Bashir Ahmad Rustamzai, Afghanistan's new director general
for sports, declined to answer as to whether women will be allowed to play
sports -- deferring it for top level Taliban leaders to decide.

The takeover has called into question the future of Afghanistan's
participation in Test matches, as under International Cricket Council
regulations, nations must also have an active women's team.

The Afghan men's team is also scheduled to play the T20 World Cup from
October 17 to November 14 in the United Arab Emirates and Oman.

The Afghanistan Cricket Board (ACB) last week urged Australia not to
punish its men's team, saying it was "powerless to change the culture and
religious environment of Afghanistan".

ACB chairman Azizullah Fazli later told SBS Radio Pashto that he is still
hopeful women will be able to play.

He said that all 25 of the women's team had chosen to remain in
Afghanistan, although a BBC report earlier this month reported members were
in hiding.

"When I play I feel like a strong woman. I can imagine myself as a woman
who can do anything, who can make her dreams come true," one ex-player told
the BBC.

But Sangar said the Taliban takeover had "killed the hope" of female
cricketers to finally be able to play internationally.

"From 2014 to now, we didn't have the opportunity to play at an
international level but there was the hope, everybody was trying their best
to make it happen," she said.

"There are some girls that are very talented, and they hoped that one day
they would have their flag on their shoulders and show the world that Afghan
women can play cricket."

The men's team now rank in the world's top 10 for both one-day
internationals and Twenty20 games.

"We can play from third countries," she said, noting that Afghanistan's
football team had played while based abroad.

"It will bring some hope to those who remain in Afghanistan," she said.