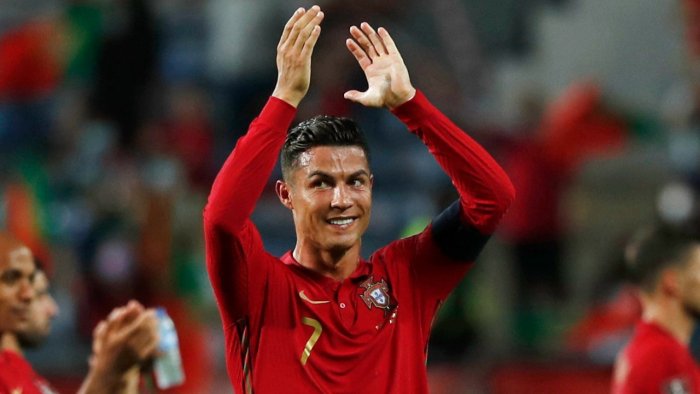 The 36-year-old, whose return to Manchester United from Juventus was confirmed on Tuesday, scored an 89th-minute equaliser in Portugal's World Cup qualifier against the Republic of Ireland in Faro.

He had earlier missed a first-half penalty.