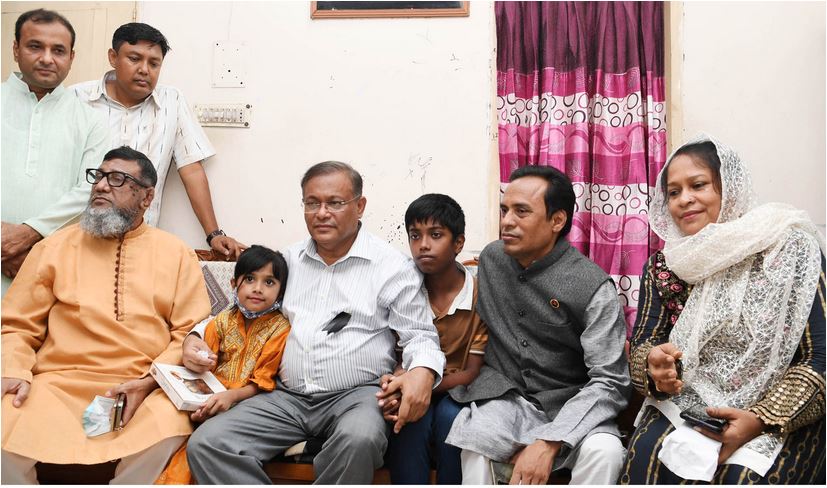 "The persons, who have no relations to people and abandoned in politics, formed an alliance named 'Ganatanthra Mancha' to increase their importance. But it is unimportant in the field of votes and politics as well," he said.

The minister told reporters while replying to a query over the alliance of seven parties at his official residence in the city's Mintu Road.

Hasan said, "We saw that an alliance of seven-party named 'Ganatanthra Mancha' has been formed yesterday (Monday). The all persons in the alliance are abandoned and unimportant in politics. They formed the alliance after doing politics in different parties and they have no relations to common people".

Hasan said it is a insignificant alliance which has no value in the field of elections or overall politics. They are trying to increase their importance through just forming the alliance, said Hasan, also Awami League joint general secretary.

Earlier, the minister visited the families of Taslima Begum Renu, who was lynched cruelly over a rumour of child trafficking over the Padma Bridge, at Mohakhali.

He handed over financial assistance to the victim's family on behalf of Awami League.

Hasan said in 2019, BNP-Jamaat clique spread a rumour that blood would be needed in Padma Bridge construction.

Taslima Begum Renu went to a school to talk about the admission of her child, but she was killed in a brutal mob beating due to BNP-Jamaat's rumour, which is not acceptable by any means, he added.

The minister said, not only Renu, but also many persons were killed because of the rumour.

He also assured the family of providing party support to the trial of Renu Begum murder case.