Padma Bridge construction work not halted even for single day 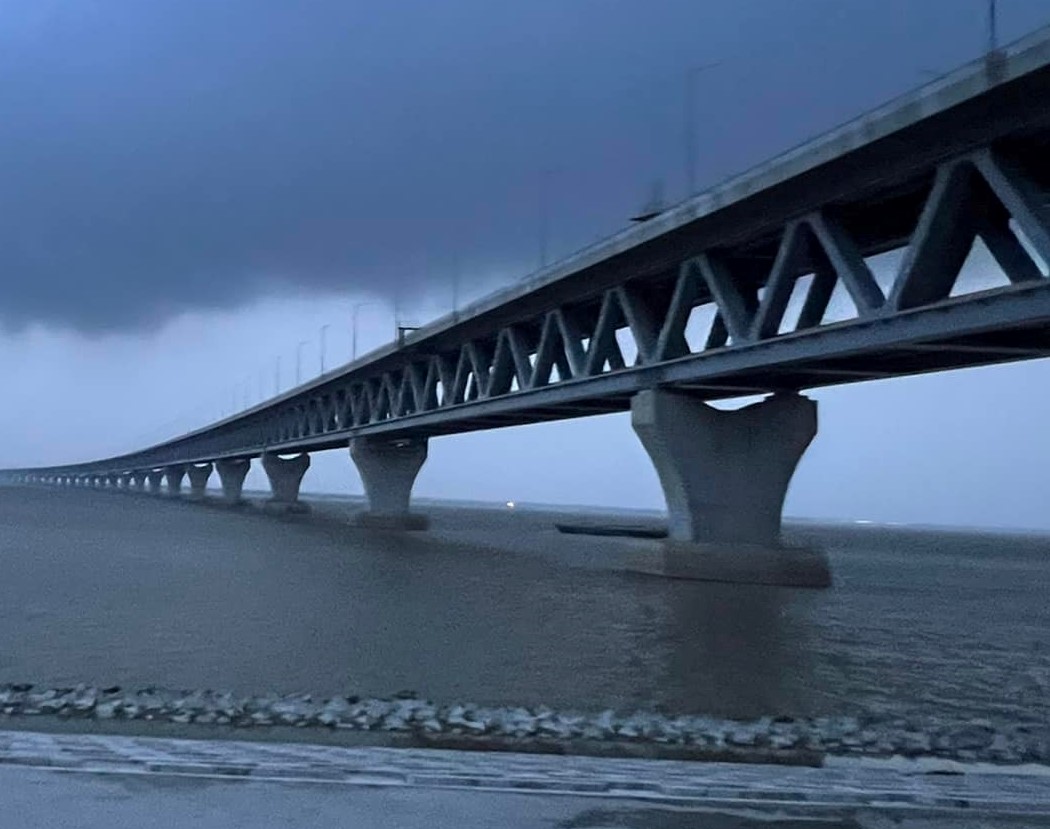 DHAKA June 23, 2022 (BSS) – Construction work of mega Padma Bridge was not stopped even for a single day since its inception in December, 2015, although the pace was slowed during the Covid-19 pandemic, which had brought life and livelihood to a standstill across the globe.

“Though the Covid-19 could not stop the construction work, it forced to delay it during the first wave and the second wave,” an engineer of the Padma Bridge construction told BSS.

He said that during the Covid-19 period, authorities had to engage workers, experts and officials maintaining strict health guidelines as the government had planned to complete the much awaited 6.15 kilometre long Padma Bridge in time.

According to the project details, during the first wave of the Covid-19 pandemic, the authorities asked to keep the Chinese nationals as well as other foreigners, who returned from their countries, in quarantine for two weeks before joining the work.

It said each and every one involved in the bridge construction had to follow the health guidelines strictly.

“If anyone was Covid-19 positive, he was kept in isolation for treatment and after complete recovery, he was asked to join work,” said a ministry official.

Project Director of the Padma Multipurpose Bridge Md Shafiqul Islam said strict restrictions were enforced during the entire construction work to curb the outbreak, which affected the progress of work of the project.

Shafiqul said the project had nearly 4,000 workers in 2020. After the Chinese workers left at the onset of the pandemic, the number dropped, but around 1,500 worked on a limited scale in March last year.

The work resumed in full swing by the end of the year after things got better, with the final span on the main structure installed on December 10, 2020 much to the delight of people from mostly southern districts who will directly benefit from the bridge considerably reducing travel time.

On December 10, 2020, the 6.15-kilometre main structure was fully visible. It will connect 21 southern districts with Dhaka.

After installment of the last span, slabs were set on the two-storey bridge -- the lower floor for trains and the upper one for vehicles. Step by step construction works went on during the coronavirus period.

The project director said they had taken all measures needed to finish the work in 2022. “It hadn’t been possible to regain the pace lost to the pandemic,” he said.

During the pandemic period, Shafiqul Islam said that infections barely hit the project. Less than 10 out of around 5,000 workers caught COVID-19 in a year, according to him.

In April, 2021 as much as 93.25 percent of the work to construct the main structure of the bridge was completed, with the entire project’s progress being 85.5 percent, according to the project details.

The construction of the Padma Bridge began in December 2015, with the installation of the first span on the piers 37 and 38, bringing the structure into view in September 2016.