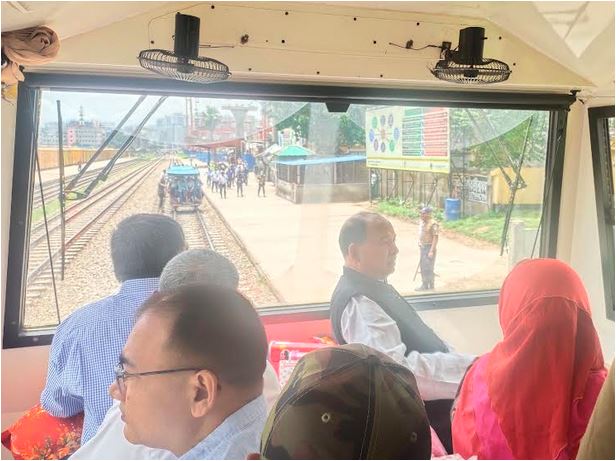 He said while talking to journalists during his visit to witness the project
progress of construction of the third and fourth dual gauge rail lines from
Dhaka to Tongi section and dual gauge double rail line from Tongi to
Joydebpur section.

Asked about reopening of those railway stations, which remain shut for long,
the minister said once the ongoing recruitment process in 47,600 posts in
railways is done, it would be possible to reopen the stations quickly.

Asked whether any decision is taken to raise railway fare due to fuel price
hike, he said decision has not been taken yet but the authorities are
initially thinking of the matter.

"As different transport agencies are raising fares, we also need to adjust
fare considering the reality," he said.

Dhaka-Tongi third and fourth dual gauge and Tongi-Joydebpur double rail line
are being constructed under the Indian line of credit (LoC).

Works are underway to open the operation of trains on 12-kilometere Tongi-
Joydebpur dual gauge double rail line out of 42 kilometers from Dhaka to
Joydebpur by December.

The project is being implemented at a cost of Taka 1300 crore.

The railways minister inspected the entire project works from Dhaka to
Joydebpur by 'ganker'.