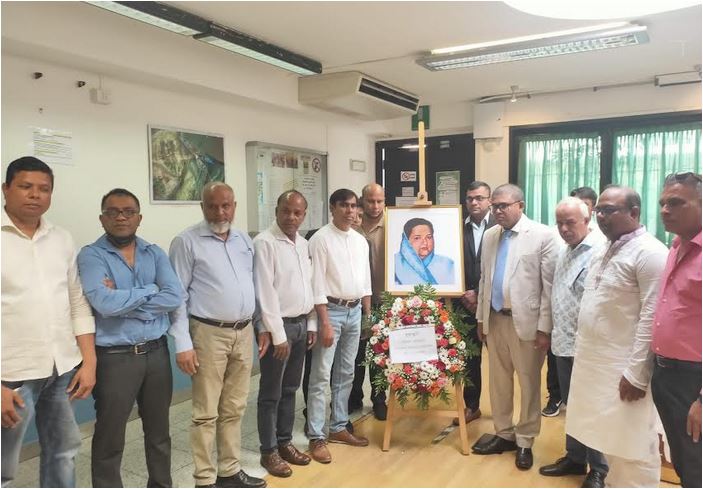 Expatriate Bangladeshis from all professions living in northern Italy were
present at the event.

Consul General MJH Jabed along with others placed a wreath at the portrait of
Bangamata Sheikh Fazilatunnesa Mujib.

At this time, a one-minute silence was also observed to express condolences
to Bangamata and the martyrs of the August 15 carnage.

The speakers with deep respect highlighted the significant contribution of
Bangamata to the political philosophy of Father of the Nation Bangabandhu
Sheikh Mujibur Rahman.

A special munajat was offered seeking eternal peace for the departed souls of
Bangamata Fazilatunnesa, Bangabandhu and other martyrs of the August 15, 1975
massacre.