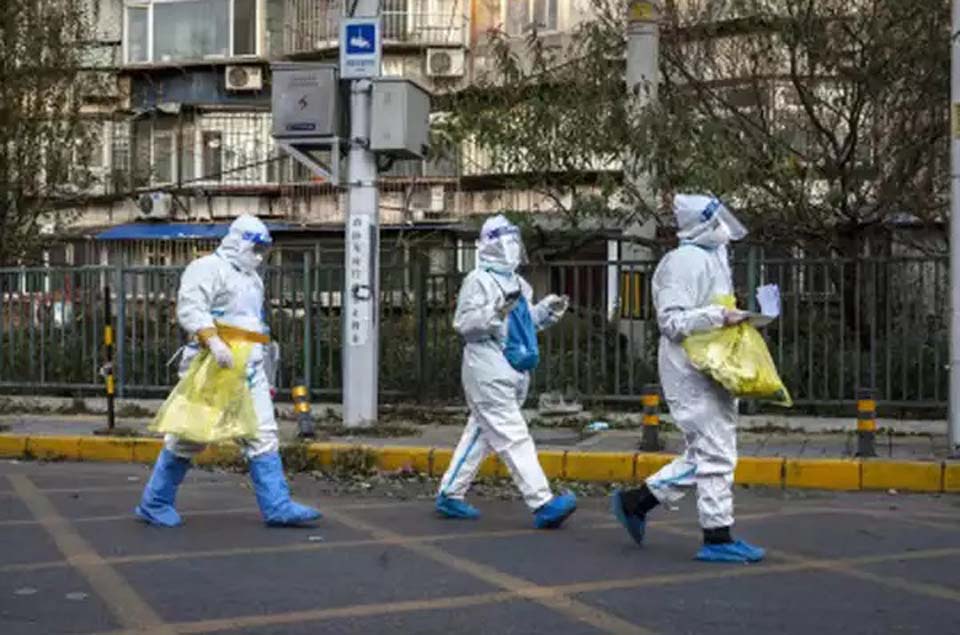 BEIJING, Dec 1, 2022 (BSS/AFP) - China's top Covid official has signalled a possible relaxing of the country's strict zero-tolerance approach to the virus, after nationwide protests calling for an end to lockdowns and greater political freedom.

Anger over China's zero-Covid policy -- which involves mass lockdowns, constant testing and quarantines even for people who are not infected -- has sparked protests in major cities including Beijing, Shanghai and Guangzhou.

But while authorities have called for a "crackdown" in the wake of the demonstrations, they have also begun hinting that a relaxation of the hardline virus strategy could be in the works.

Speaking at the National Health Commission Wednesday, Vice Premier Sun Chunlan said the Omicron variant was weakening and vaccination rates were improving, according to the state-run Xinhua news agency.

She made no mention of the zero-Covid policy in her latest remarks, suggesting an approach that has disrupted the economy and daily life might soon be relaxed.

The comments came as the southern manufacturing-hub Guangzhou -- the site of dramatic Tuesday night clashes between police and protesters -- said it had partially lifted a weeks-long lockdown, despite seeing record virus cases.

Officials on Wednesday eased restrictions to varying degrees in all of the city's 11 districts, including Haizhu, where recent protests took place.

With the exception of a number of designated "high-risk" neighbourhoods, the Guangzhou health commission said, "the rest will be managed as low-risk areas."

The central city of Chongqing also said Wednesday close contacts of Covid cases who met certain conditions would be allowed to quarantine at home -- a departure from rules that required them to be sent to central isolation facilities.

Sun's remarks -- as well as relaxations of rules by local authorities -- "could signal that China is beginning to consider the end of its stringent zero-Covid policy," analysts said.

"We believe that Chinese authorities are shifting to a 'living with Covid' stance, as reflected in new rules that allow people to do 'home isolation' instead of being ferried away to quarantine facilities," ANZ Research analysts said in a note.

As China reaches the third anniversary of the pandemic first being detected in the central city of Wuhan, its hardline approach to the virus has stoked unrest not seen since the 1989 pro-democracy protests.

A deadly fire last week in Urumqi, the capital of the northwestern region of Xinjiang, was the catalyst for the outrage, with people blaming Covid curbs for trapping victims inside the burning building.

But demonstrators have also demanded wider political reforms, with some even calling for President Xi Jinping to stand down.

China's strict control of information and continued travel curbs have made verifying protester numbers across the vast country very challenging.

However, the widespread rallies seen over the weekend are exceptionally rare in China.

The 1989 pro-democracy protests ended in bloodshed when the military moved in, most famously in Beijing's Tiananmen Square and surrounding areas.

The death on Wednesday of former Chinese leader Jiang Zemin -- who came to power just after Tiananmen -- saw the ruling Communist Party emphasise his role in that crackdown.

US Secretary of State Antony Blinken, asked about the protests in an interview with NBC News, said that people in every country should be able to "make known their frustration" through peaceful protests.

"In any country where we see that happening and then we see the government take massive repressive action to stop it, that's not a sign of strength, that's a sign of weakness," he said.