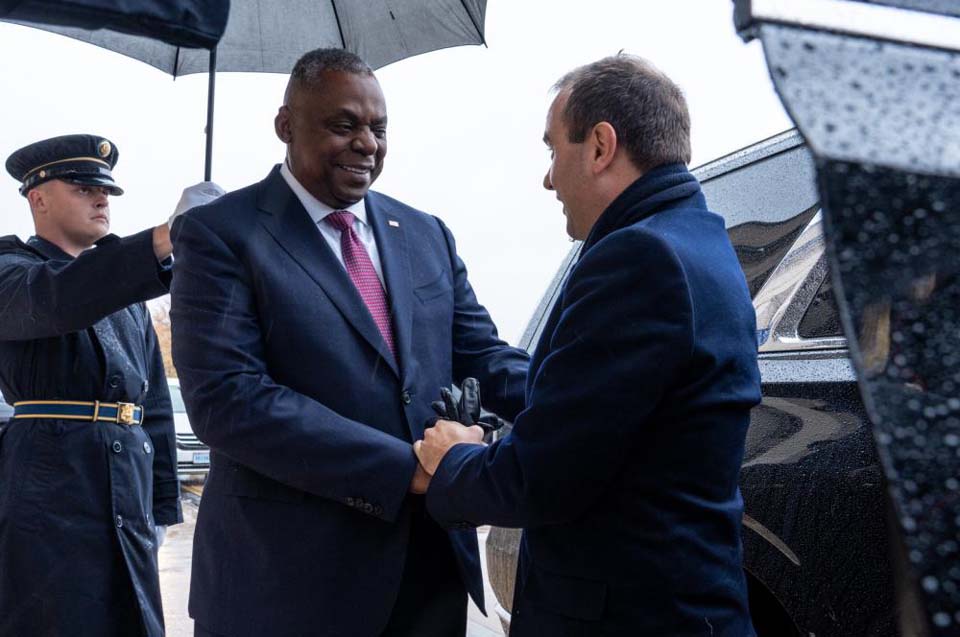 "Secretary Austin and Minister Lecornu reinforced the importance of upholding the strong bilateral cooperation our countries maintain, and signed a Joint Statement of Intent codifying our shared principles," the Pentagon said in a statement.

"The leaders also discussed support for Ukraine, the strength of the NATO Alliance, and cooperation in the Indo-Pacific," it added.

The United States has led international efforts to provide security assistance to Ukraine -- which is battling a more than nine-month-old Russian invasion -- while France has committed key equipment including air defense equipment and artillery to Kyiv.

France also confirmed that Lecornu -- who is in the United States as part of a state visit by President Emmanuel Macron -- and Austin signed a declaration on the two countries' defense relationship.

The document "deepens and clarifies the framework of our operational cooperation, particularly in the Indo-Pacific and in Africa, in order to strengthen our interoperability," it said in a statement.