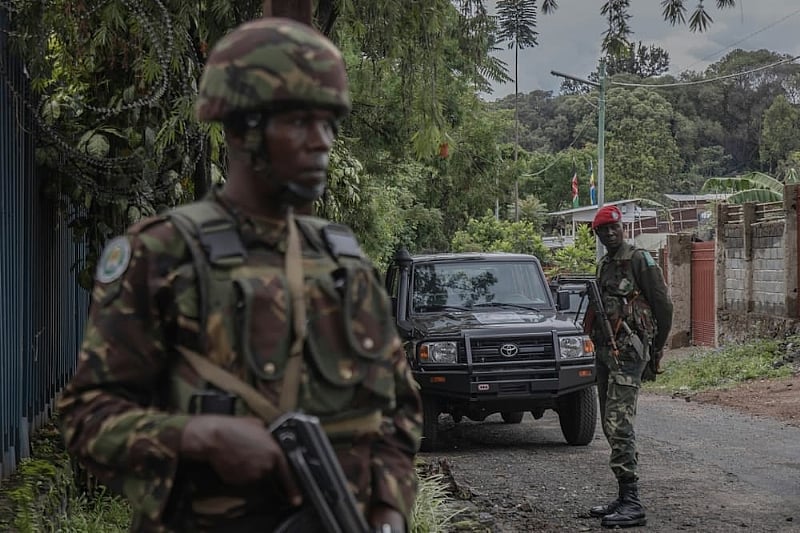 GOMA, DR Congo, Nov 29, 2022 (BSS/AFP) - A ceasefire between government troops and M23 rebels appeared to be holding for a third day on Monday in the Democratic Republic of Congo (DRC), despite clashes between rival militias, residents told AFP.

Under the ceasefire that came into force on Friday night, the March 23 group, which has seized swathes of territory, was to withdraw from "occupied zones," failing which an East African regional force would intervene.

But by Monday local people reported no sign of a rebel pullout of those zones.
Over the weekend, sporadic clashes occurred between the mainly Congolese Tutsi M23 fighters and Hutu factions such as the Democratic Forces for the Liberation Rwanda (FDLR).

"During the night, an M23 vehicle was caught in an ambush" at Kinyandonyi village in Rutshuru territory, a hospital source said Monday.

"There were deaths but it's difficult to know more."

On Sunday, the FDLR, present in the sprawling DRC since the 1994 genocide of Tutsis in neighbouring Rwanda, carried out another attack 30 kilometres (18 miles) away at Biruma, a resident said.

On Saturday, six civilians died when a local ethnic militia and the FDLR clashed at Kisharo, close to the same area, a hospital source said.

Despite fighting between the M23 and the army continuing right up to the ceasefire deadline north of the provincial capital Goma, no clashes have since been reported between the two, according to locals telephoned by AFP.

The frontlines have remained calm, they said.

AFP was unable to independently confirm the accounts from local people.

The March 23 group had been dormant for years, but took up arms again late last year accusing the government of failing to honour a disarmament deal.

M23 has overrun large tracts of mountainous Rutshuru territory north of Goma, a city of one million which they briefly captured 10 years ago.

The advance on Goma has halted over the last two weeks but the rebels had still been gaining ground on other fronts, in the west towards Masisi and in the northeast.

The DRC accuses neighbouring Rwanda of supporting the rebels -- charges Kigali denies and in turn alleges Kinshasa works with the FDLR.

A fresh round of talks with armed groups opened in Kenya on Monday, without the M23 present.

Minister and government spokesman Patrick Muyaya repeated the M23's position, telling journalists: "The M23 will not take part in the Nairobi talks until it has liberated the occupied localities".

The UN's peacekeeping force in eastern DRC, MONUSCO, said on Monday it had been "officially requested by the DRC's foreign ministry to support the implementation of decisions adopted in the context of the Luanda and Nairobi peace processes".

It said it was "ready to set up a coordination mechanism" with the East African regional force.

The M23 is among scores of armed groups that have turned eastern DRC into one of Africa's most violent regions.

Many are legacies of two wars before the turn of the century that sucked in countries from the region and left millions dead.