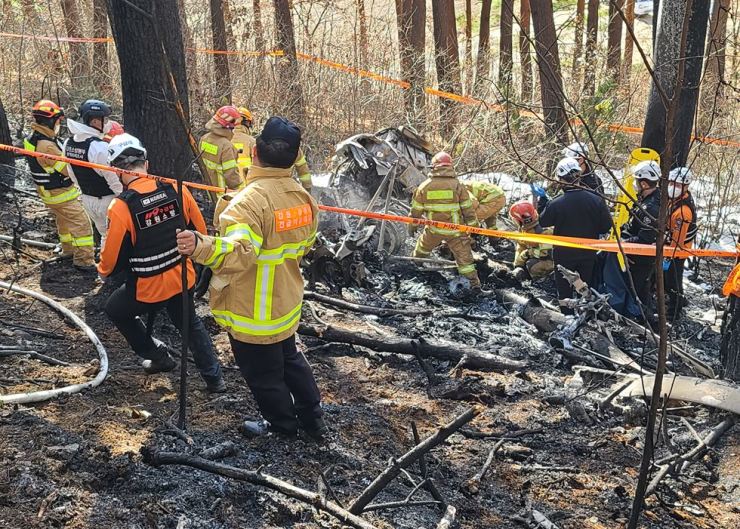 The fire authorities have found five bodies after extinguishing the fire, according to Yonhap.

The chopper crashed around 10:50 a.m. local time and burst into flames.

The helicopter, which was jointly leased by local governments of Sokcho, Goseong and Yangyang, crashed when conducting activities against forest fires.