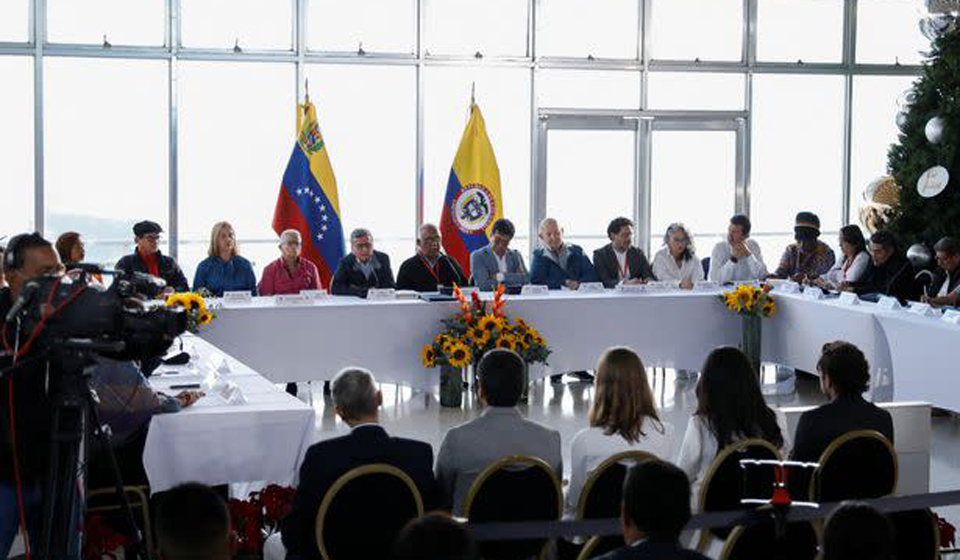 CARACAS, Nov 26, 2022 (BSS/AFP) - Colombia's government and the National Liberation Army (ELN), the last recognized rebel group in the country, said Friday they would invite the United States to join their peace process.

The talks are an initiative by President Gustavo Petro, who in August became Colombia's first-ever leftist leader and has vowed a less bellicose approach to ending violence wrought by armed groups, including leftist guerrillas and drug traffickers.

The parties resumed formal talks in Venezuela on Monday for the first time since 2019.

They agreed to reach out to the United States via diplomatic channels "to find out its willingness to participate in the process" and send a special envoy, according to a statement from Norway, one of the guarantors of the talks.

The statement said the talks had taken place in an environment of "trust and optimism."

When asked by AFP, the US State Department did not confirm any eventual involvement in the talks by the United States.

"At this point we continue to engage the Petro administration to better understand plans to seek a total peace with the ELN, FARC dissidents, and other criminal organizations," a State Department spokesperson told AFP, referring to the remaining still-armed members of the Revolutionary Armed Forces of Colombia rebel group, which subsequently laid down weapons and created a political party.

"The ELN remains a designated Foreign Terrorist Organization under US law," they added.

The parties also agreed to invite Brazil, Chile, and Mexico to join Norway, Cuba, and Venezuela as guarantors of the process.

Mexico agreed to take part in the talks during Petro's visit Friday with Mexican President Andres Manuel Lopez Obrador, according to a government statement.

The two leaders discussed their "conviction to work together for peace in the region," the statement said.

Germany, Switzerland, and Spain would also be invited as "accompanying countries," the Norway statement said.

Around 30 delegates are attending the talks which are expected to last three weeks.

Colombia has suffered more than half a century of armed conflict between the government and various groups of left-wing guerrillas, right-wing paramilitaries and drug traffickers.

The ELN started as a leftist ideological movement in 1964 before turning to crime, focusing on kidnapping, extortion of the oil industry, and drug trafficking in Colombia and neighboring Venezuela.

It has around 2,500 members, about 700 more than it did when negotiations were last broken off. The group is primarily active in the Pacific region and along the 2,200-kilometer (1,370-mile) border with Venezuela.

Dialogue with the group started in 2016 under ex-president Juan Manuel Santos, who signed a peace treaty with the larger Marxist Revolutionary Armed Forces of Colombia (FARC) rebel group that subsequently abandoned its weapons and created a political party.

But the talks with the ELN were called off in 2019 by conservative former president Ivan Duque following a car bomb attack on a police academy in Bogota that left 22 people dead.

Petro, himself a former guerrilla, reached out to the ELN shortly after coming to power, as part of his "total peace" policy.