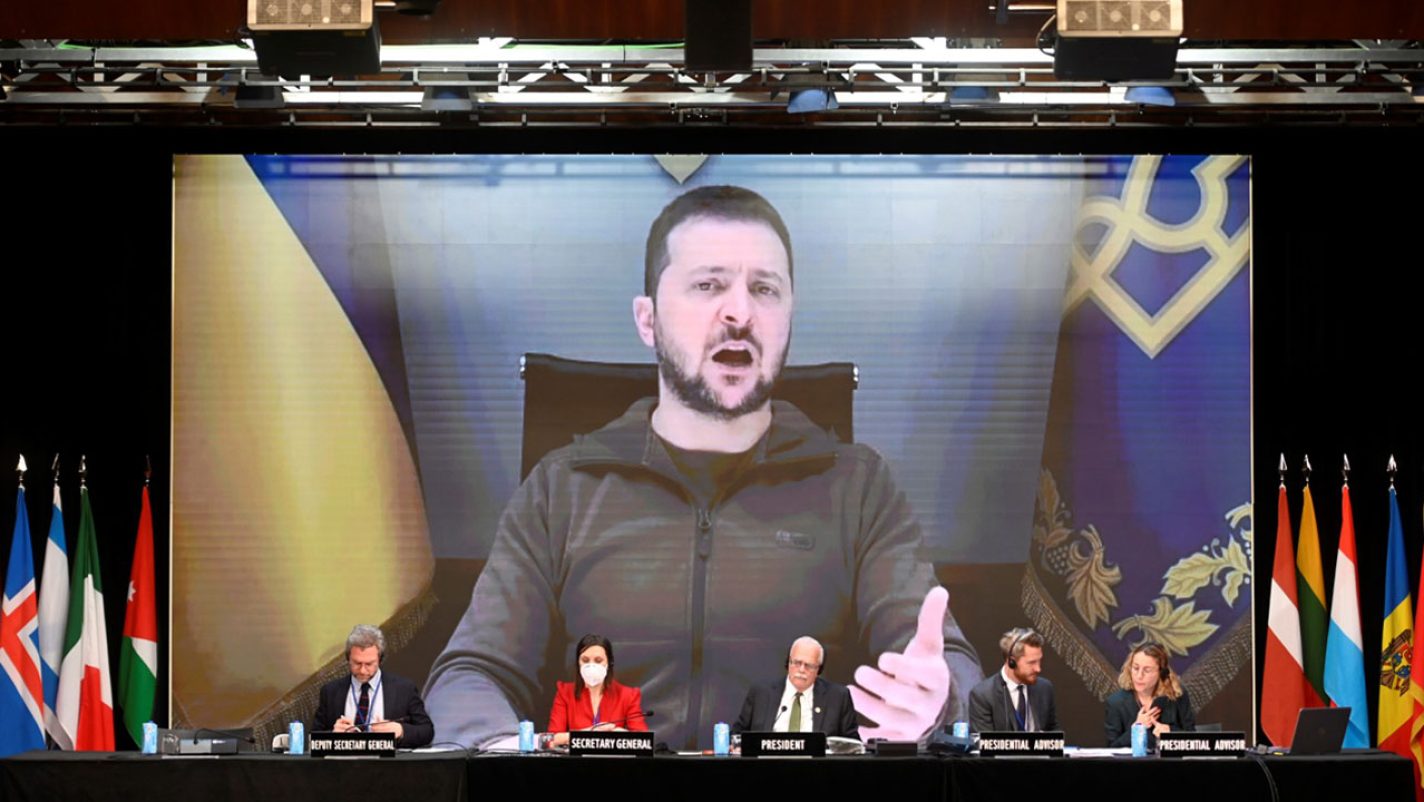 WARSAW, Nov 25, 2022 (BSS/AFP) - Ukrainian President Volodymyr Zelensky on Thursday called into question Russia's continued membership of the Organization for Security and Co-operation in Europe (OSCE) given Moscow's invasion of his country.

He made his comments in a video address to the regional security body's Parliamentary Assembly, currently gathered in the Polish capital Warsaw, nine months into the war in Ukraine.

Zelensky spoke a day after the European Parliament recognised Russia as a "state sponsor of terrorism" and its MEPs urged the governments of the 27-nation EU to follow suit.

"We see various international platforms finding the necessary solutions to help stop Russian terror, isolate the terrorist state as much as possible, and find a way out of the brutal global crises created by Russia," Zelensky said.

"But why is there still no OSCE among these platforms?" he asked.

"Why, in particular, is a terrorist state -- even after nine months of its continuous crimes -- still a member of your Parliamentary Assembly?"

Zelensky, whose country is also one of the 57 members of the OSCE, added: "Russia's war against Ukraine is a test for any international organisation."

Poland currently holds the rotating chairmanship of the organisation and will be hosting its annual ministerial conference in the city of Lodz on December 1-2.

Russia described the refusal as "unprecedented and provocative" and said its delegation would instead be led by Russia's permanent representative to the OSCE Alexander Lukashevich.

Following Russia's invasion of Ukraine in February, Poland and the three Baltic states have imposed temporary restrictions on entry for Russian citizens, including those on visas issued by other EU member states.