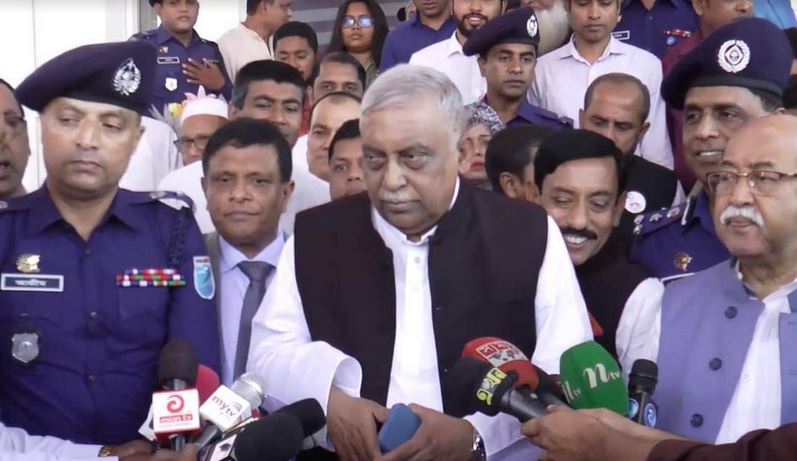 NARSINGDI, Nov 23, 2022 (BSS) - Home Minister Asaduzzaman Khan Kamal today said militancy is not only a problem of Bangladesh, rather it is a global problem.

"Snatching of two militants from the court premises was a pre-planned by the militants, hiding in the country," he said this while inaugurating a newly constructed four-storey building of Narsingdi's Manohardi police station here today.

Kamal said that hiding militants did the work to expose themselves, but the government is working to eradicate militancy from the society.

"The law enforcing agencies have been successful in combating militancy, extremism and terrorism, but we not feeling complacent," he said.

"If anyone of the security forces is involved in the incident of militant snatching, he will be punished. The law enforcers will resist BNP and its allies if they will vandalise and engage arson attacks in the name of political programmes," the home minister warned.

He said the BNP is making noise centering December 10 and the party will hold a mass gathering in Dhaka and seize roads demand to step down the government. "If any disturbance is created in the name of the December 10 rally, the law and order forces resist it," Kamal added.

He also said that Awami League always runs on the power of the people. "That's why we believe in elections and believe in the people's mandate. And those who believe in conspiracies and came to power with the barrel of a gun are conspiring," the home minister said.

The law enforces will take action if there will observe any chaos in the rally in Dhaka.

Meanwhile, the minister planted saplings in the premises of the police station and addressed the rally against terrorism, militancy and drugs.