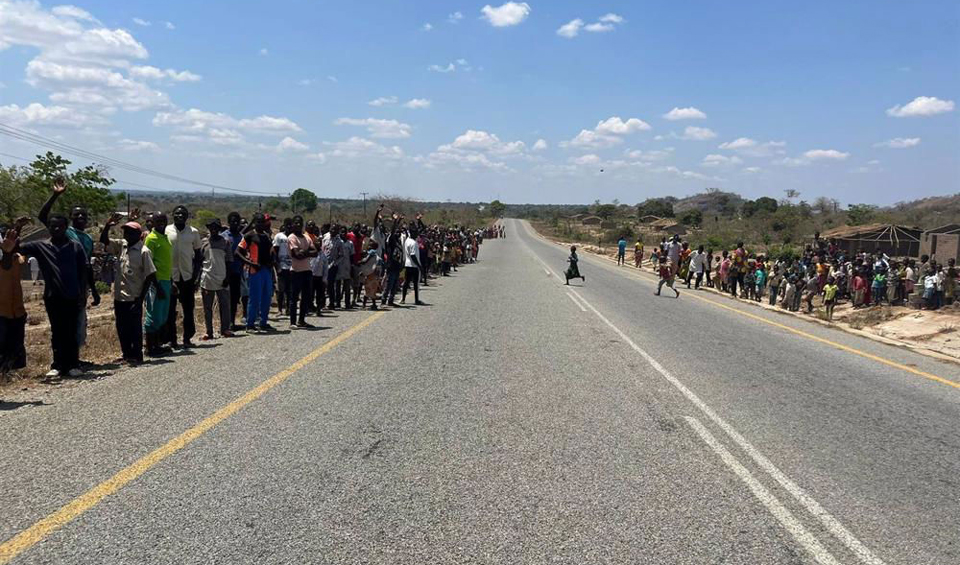 The aid agency said in a statement that its members "are in a state of shock at the news of the death of one of their colleagues, in an attack perpetrated by an armed group on Sunday", along a road in the district from Muidumbe to Palma.

The weekend attack victim was a Mozambican in his 30s, a spokeswoman for the Paris-based NGO told AFP.

Mozambican news site Zitamar reported five deaths, including the head of Palma police operations, his wife and nephew, as well as the aid worker.

The NGO spokeswoman confirmed that others had been killed in the attack, but added that she had no further details and did not confirm the five deaths cited by Zitamar.

"The local official was travelling privately from Pemba to Palma, returning from the weekend, to join Solidarites International's distribution activities" when the car he was travelling in was targeted.

The coastal town of Palma was hit in a deadly raid in March last year, forcing French oil giant TotalEnergies to halt its $20 billion LNG project.

The French NGO, which is present in 23 countries, went into Cabo Delgado to provide water, sanitation, emergency shelter and food assistance following a surge in jihadist violence.

The insurgency erupted in October 2017 when fighters -- since proclaimed to be affiliated to the Islamic State group -- attacked coastal areas close to the Tanzanian border.

More than 3,000 forces from Rwanda and southern African countries deployed last year have since helped Mozambique push the militants out of their strongholds.

But the jihadist threat remains very far from over, despite the military gains.

The conflict has so far claimed more than 4,400 lives, around 2,000 of them civilians, according to global conflict tracking organisation Acled. About a million people have fled their homes.