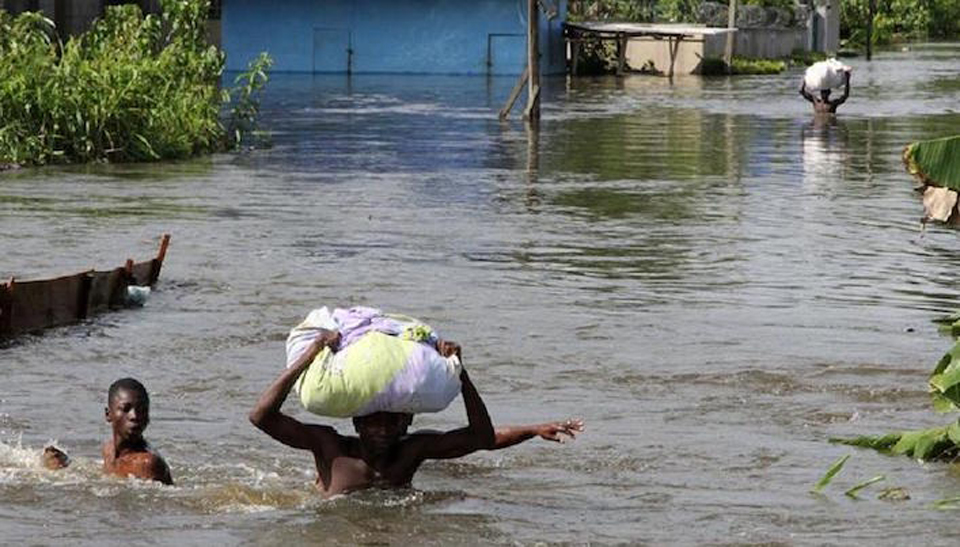 PARIS, Nov 17, 2022 (BSS/AFP) - Heavy rains behind floods that killed over 600 people in Nigeria this year were about 80 times likelier because of human-induced climate change, scientists reported Wednesday.

The floods mainly struck Nigeria but also Niger, Chad and neighbouring countries, displacing over 1.4 million people and devastating homes and farmland in a region already vulnerable to food insecurity.

Researchers from the World Weather Attribution (WWA) consortium said in a study that the floods -- among the deadliest on record in the region -- were directly linked to human activity that is exacerbating climate change.

They matched long-term data on climate -- which shows the planet has warmed by about 1.2 degrees Celsius (2.2 degrees Fahrenheit) since 1800 as carbon emissions have risen -- against weather events.

The heavy rainfall that sparked the floods was 80 times likelier because of "human-caused climate change," according to their findings.

In addition, "this year's rainy season was 20 percent wetter than it would have been without the influence of climate change," they said.

"The influence of climate change means the prolonged rain that led to the floods is no longer a rare event," the study found.

"The above-average rain over the wet season now has approximately a one in 10 chance of happening each year; without human activities it would have been an extremely rare event."

Over 600 people were killed in Nigeria alone because of the floods from June to October this year, and nearly 200 in Niger and 22 in Chad.

Africa is home to some of the countries least responsible for carbon emissions but hardest hit by an onslaught of weather extremes, with the Horn of Africa currently in the grips of a severe drought.

"This is a real and present problem, and it's particularly the poorest countries that are getting hit very hard. So it's clear that solutions are needed," Maarten van Aalst, director of the Red Cross Red Crescent Climate Centre, said at a WWA press conference.

In a separate WWA study also released Wednesday, researchers examined a 2021 drought that reduced crop production in Mali, Burkina Faso, Niger, Nigeria and Chad that contributed to a food crisis this year.

The study failed to find concrete climate change links, because of "a lack of reliable weather station data", but showed "that even small shifts in rainfall can have major effects in the region".

It added that high global food prices deepened the crisis, along with the Russian invasion of Ukraine which disrupted deliveries of key fertilisers to Africa.

Their studies are not peer-reviewed, a process that can take months, but are widely backed by scientists.