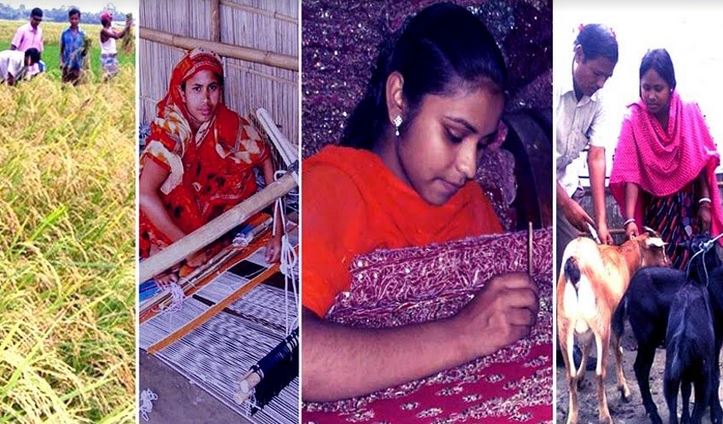 RANGPUR, Oct 5, 2022 (BSS) - Despite the global crisis caused by the Russia-Ukraine War and Covid-19 pandemic, the seasonal lean period of 'monga' is remaining absent for the 14th consecutive year this time in Rangpur region.

Officials and experts said the word 'monga' has factually become a historical term with its permanent exit from the region following successful implementation of massive social safety-net and other special programmes by the government since 2009.

Even 15 years ago, the seasonal abject poverty-like situation of 'monga' caused untold miseries to the poor and farm-labourers for lack of jobs and farm activities during 'Aswin' and 'Kartik' months.

Additional Divisional Commissioner Muhammad Ibrahim Khan said the seasonal lean period that was locally called as 'monga' in the past does not exist anymore in Rangpur region where the poor are leading a normal life.

"Since the outbreak of the Covid-19 pandemic, the government has expanded the periphery of massive social safety-net programmes (SSNPs) and reached increased assistance and allowances to the beneficiaries using digital facilities," he said.

Following execution of the massive SSNPs under strict supervision by local administrations, there is no 'monga' in Rangpur region where socio-economic conditions of the poor have improved in the last 14 years.

Like in the previous years, farm-labourers are now earning wages at this lean period of 'Aswin' and 'Kartik' months as harvest of short duration Aman rice followed by farming of early winter crops has already begun creating jobs for them across the region.

Independence Award-2018 (food security) winner Dr Md Abdul Mazid appreciated the government for expanding the periphery of SSNPs to resist reappearance of the seasonal 'monga' despite the Covid-19 pandemic and other global crises.

"After assuming power in 2009, Prime Minister Sheikh Hasina put a significant thrust on expanded farming of short duration Aman rice for early harvest from 'Aswin' to 'Kartik' months to create jobs for the poor to eliminate 'monga' permanently," he said.

Alongside expanded cultivation of short duration Aman rice and early varieties of winter crops, 'monga' could not recur following implementation of massive SSNPs and smooth engagements of the poor with income generating activities (IGAs).

"The poor are now leading a normal life in the region braving the Covid-19 pandemic and global crises caused by the Ukraine-Russia War braving all challenges," Dr. Mazid said.

"Local entrepreneurs have set up 23,030 power-run cottage-, small and medium scale enterprises and large industries creating huge jobs to improve living standard and economy of rural people driving away 'monga' from the region," he added.

Additional Director of the Department of Agricultural Extension for Rangpur region Mohammad Shah Alam said farmers have cultivated short duration Aman rice on 62,000 hectares of land out of a total 6,15,981 hectares of cultivated land area in Rangpur agriculture region this season.

He said harvest of short duration Aman rice, locally known as 'anti-monga' rice has begun and will continue alongside cultivating early varieties of winter crops on the same land till November next creating huge jobs for farm-labourers during the lean period.