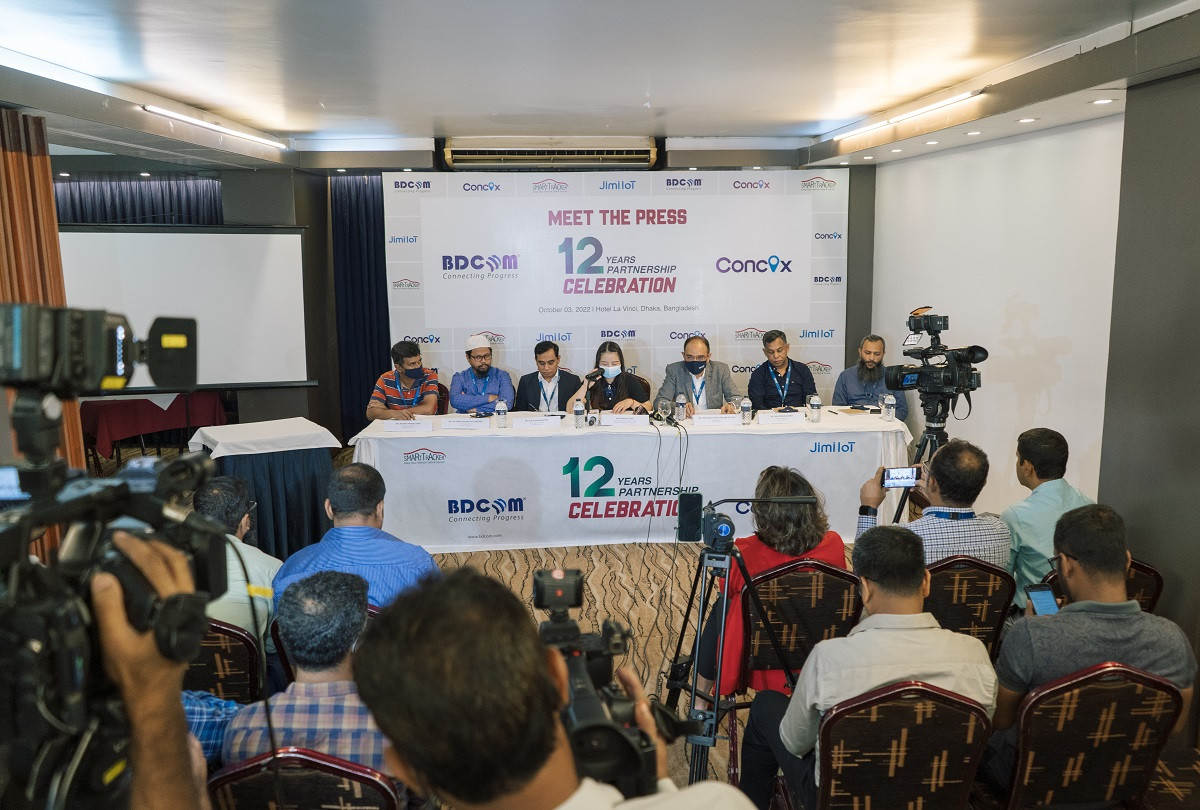 DHAKA, Sept 03, 2022 (BSS) - BDCOM Online and CONCOX Information Technology has celebrated 12 years of their partnership as they teamed up in 2009 for Vehicle tracking and IoT services.

"If private, commercial, and public transportations are managed through vehicle tracking systems, we can reduce the percentage of road accidents easily," he said.

Arman, however, said the government is losing revenue and customers are receiving poor service as illegal and unauthorized tracking devices are being imported and sold in the gray markets openly.

He demanded that government-approved vehicle tracking systems be made mandatory for all types of vehicles, according to a press release.

It said BDCOM Online Limited is an Internet service provider in Bangladesh, which launched the country's first Vehicle Tracking Service (VTS) in 2005.

On the occasion of their twelve-year of partnership, the two institutions held the press conference at the Hotel La Vinci in Kawran Bazar.

To this end, Melody Chen, Regional Sales Director (Southeast Asia) of Concox Information Technology Co., visited Bangladesh for the first time, and during her seven-day stay, she met with members of the media and other key stakeholders in the country.

She was worried about the gray market for these devices.