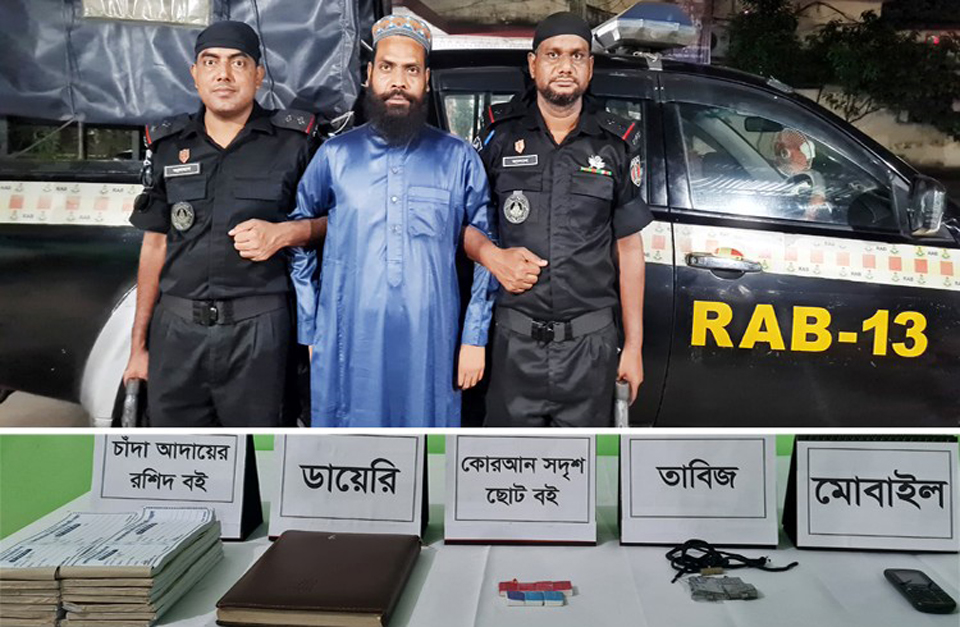 RANGPUR, Oct 1, 2022 (BSS) - Rapid Action Battalion (RAB)-13 has arrested an alleged cheat for claiming himself to be a master of jinn and extorting money from people scaring them by jinn and fairies, using magic and charms.

"On a tip off, an operational team of the Crime Prevention Specialised Company (CPSC) of RAB-13 arrested the mastermind of the fraud gang from a house at Keranipara area of the city on Thursday night," a press release said last night.

The arrested person was identified as Hafez Maulana Md. Atiqul Islam, 42, son of Md. Alim Uddin of Keranipara area in the city.

The elite force seized one diary with evidence of cheating people, one mobile phone set, one SIM card, five shells of talismans, 14 money collection receipts, seven small books from his possessions during the raid.

Earlier, on the basis of a complaint received on September 25 last, the elite force started a shadow investigation and increased intelligence vigilance to bring the fraudsters under the law.

During interrogation, the detainee admitted that he used to meet with jinn, train them and extort money from victims by instilling fear in them by showing miracles through magic.

"With assistance of the elite force, the maternal uncle of the victim filed a case against the arrested person with Kotwali police station in this connection," the release added.