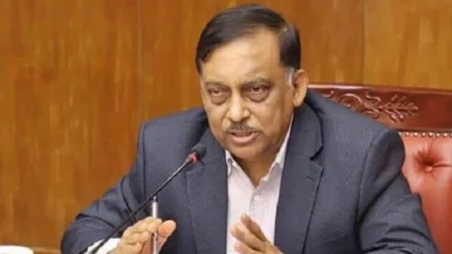 “We have to aware of ill effects of drugs. Our dream for a developed Bangladesh in 2041, our development will be wasted if we cannot protect our future generation from menace of drugs,” he said this while speaking as the chief guest at CIRDAP Auditorium in the city.

Kamal, “our children are very talent. If we cannot save them from drug addiction then our dream will remain unrealized. Media plays an important role in reducing drug abuse.”

He said that the government has strengthened capacity of Narcotics Control department in every district and installed labs.
The minister said that capacity and manpower of BGB and Coast Guard are being increased to reduce supply of drugs.

“We are doing a lot at the border right now. It takes time to go from one BOP to another. We are installing sensors at all borders. Helicopter patrols were being arranged to stop drug smuggling,” he added.

Mentioning that inmate capacity in jail is around 41,000, but there were 80,000 to 100000, of which 60 percent is drug addicts in the jail, Kamal said that no witness was found during trial of drug cases.