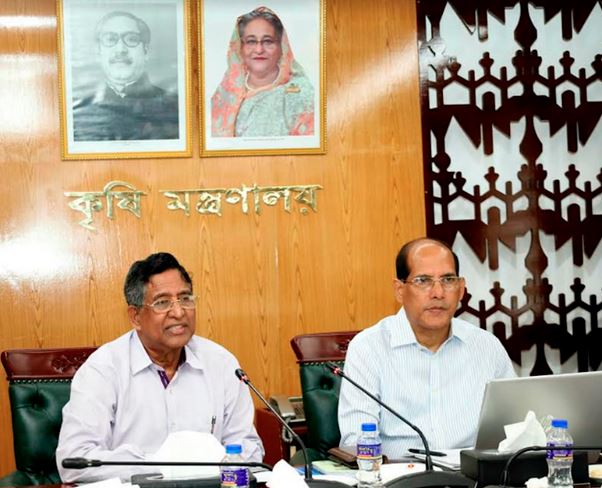 "We need to achieve self-sufficiency in food production in order to curb rice imports to meet demand for the staple food," said the minister.

Project Directors including different body chiefs and senior ministry officials, among others, attended the meeting.

"We have saline-tolerant crop varieties and latest technology, '' said the minister adding "so, we have to extend production of those varieties to that region."

Along with innovation of crops and new technology, he said, "We have to keep under consideration how many technologies have been executed at the field level."

In 2022-23 FY, the government earmarked Taka 4,138 crore under ADP for the agriculture ministry for implementing 72 projects.

Allocation of Taka 660 crore which is topmost during this year has been earmarked for farm mechanization.