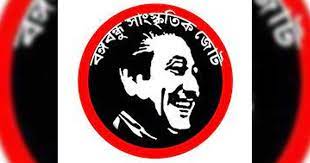 On September 26, 1976, the Jote was founded with an aim to bring the killers of Father of the Nation Bangabandhu Sheikh Mujibur Rahman and war criminals to justice, establishing people's rights to vote and food and rules of law.

In 1978, activists of the organisation began its struggle and movements taking to streets for the first time.

To mark the anniversary, the organization will arrange discussion and bring out procession.

Sangskritik Jote leaders and workers will pay homage to Bangabandhu by placing wreaths at his portrait at Dhanmondi road No. 32.