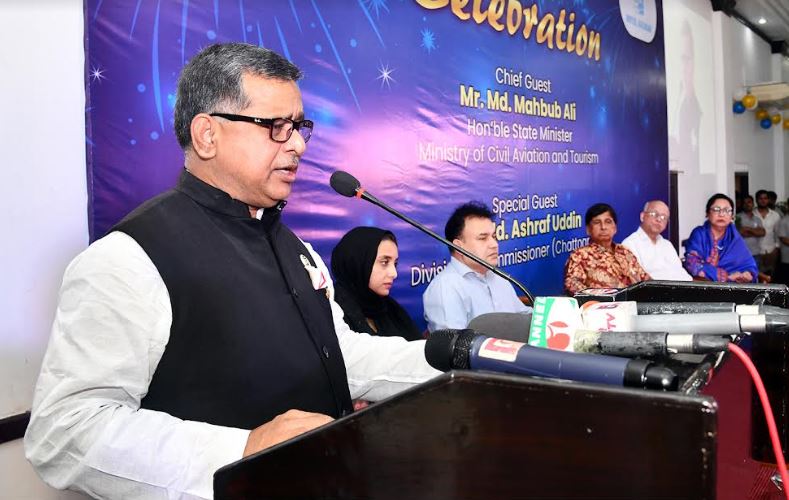 “Ibn Battuta, Hiuen Tsang, Vasco da Gama came to this Indian subcontinent and Chattogram after accepting many hardships and sacrifices from far away for the beauty of Chattogram. The Portuguese came here to trade and were attracted by the environment of Chattogram and started living here,” he added.

The  Tourism Minister said these while addressing as chief guest on the concluding day of the three-day event on the occasion of the Golden Jubilee of Chattogram's first five-star Hotel Agrabad on Saturday afternoon.

He said, Father of the Nation Bangabandhu Sheikh Mujibur Rahman was fascinated by the beauty of Chattogram.

He took a comprehensive plan to promote the tourism of Bangladesh including Chattogram to the world standard. But unfortunately, when Bangabandhu's family was killed in 1975, its implementation did not progress further, he added.

“Bangabandhu's daughter Sheikh Hasina came to power and is working day and night to implement all the dreams and plans of Bangabandhu,” he added.

Mahbub Ali said that the government is carrying out extensive development activities with short, medium and long term plans to exploit the tourism potential of Bangladesh.

The historical structures, natural diversity, mountains, rivers, seas are being developed in Chattogram to make it attractive for tourists.