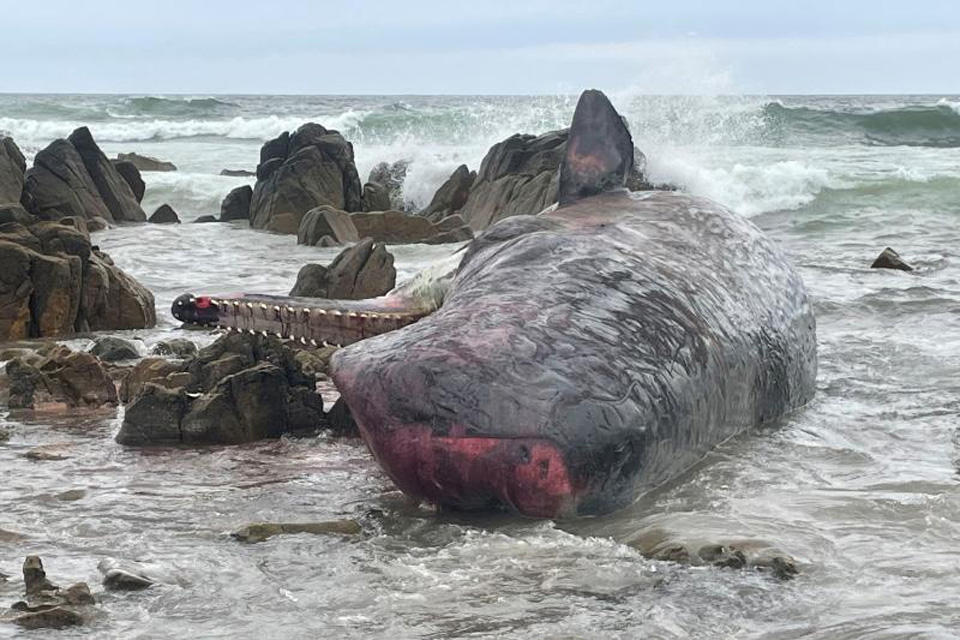 SYDNEY, Sept 21, 2022 (AFP) - Australian wildlife investigators were on Wednesday trying to piece together why more than a dozen young male sperm whales died in a mass stranding on a remote beach in the state of Tasmania.

The 14 whales were discovered beached on King Island earlier this week, off Tasmania's north coast.

Biologists and a veterinarian from the state's conservation agency have travelled to the small island to investigate, with an aerial survey finding no other stranded whales.

The young whales' deaths may be a case of "misadventure", wildlife biologist Kris Carlyon from the state government conservation agency told the local Mercury newspaper.

"That's the theory at the moment."

He said the whales likely beached themselves on Sunday, before being found dead on Monday.

Mass strandings of whales were "infrequent but certainly not unexpected" in the region, Carlyon told The Mercury.

More than 300 pilot whales died during that stranding, despite the efforts of dozens of volunteers who toiled for days in Tasmania's freezing waters to free them.

The reason for mass whale strandings remains mysterious, but some experts theorised the 2020 pod may have gotten lost after feeding close to the shoreline or by following one or two whales that strayed.