'Dangerous' heatwaves likely to grip the tropics daily by 2100: study 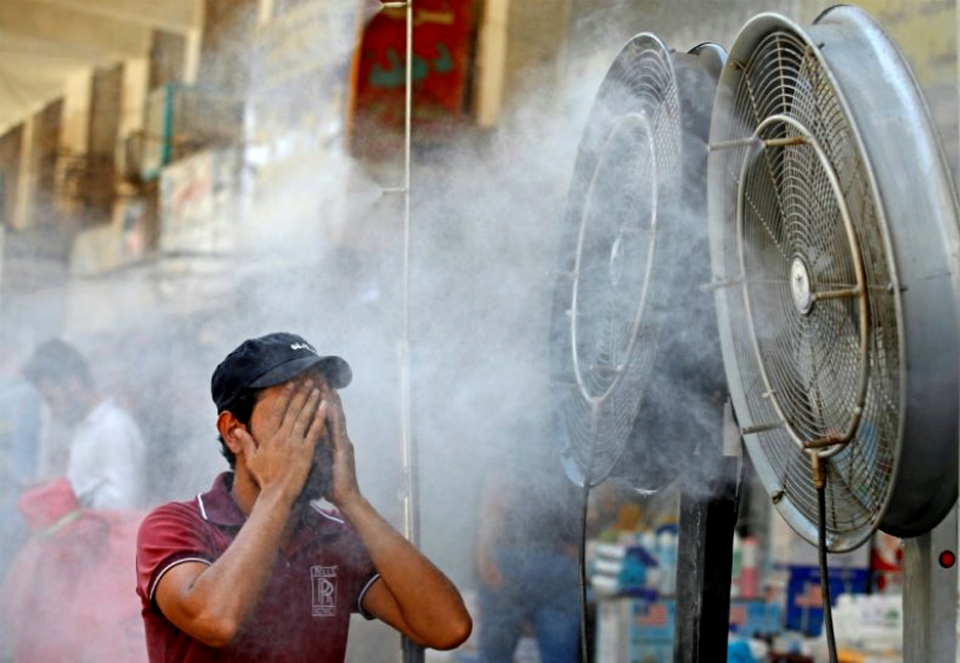 PARIS, Aug 26, 2022 (BSS/AFP) - Many millions of people in the tropics could be exposed to dangerous heat for half the year by 2100 even if humanity manages to meet climate goals, researchers warned Thursday.

In the most likely scenario, the world would miss those targets -- potentially subjecting people across the tropics to harmful temperatures most days of each typical year by the end of the century, the study found.

If emissions go unchecked, large numbers of people in these regions could face potentially "nightmarish" periods of extreme heat.

"There's a possibility that if we don't get our act together, billions of people are going to be really, really overexposed to these extremely dangerous temperatures in a way that we just fundamentally haven't seen," said lead author Lucas Vargas Zeppetello of Harvard University.

Severe heatwaves -- made hotter and more frequent by climate change -- are already being felt across the world, threatening human health, wildlife and crop yields.

Most climate projections predict temperature increases under different policy scenarios, but do not say which of those pathways is more likely.

In this study, published in the journal Communications Earth and Environment, researchers estimated potential exposure to dangerous heat and humidity.

They used statistical projections to predict levels of carbon dioxide emissions from human activity and the resultant levels of global warming.

They found that many people in tropical regions could face dangerous heat levels for half the year by the end of the century, even if the world limits temperature rises to the Paris climate deal goal of less than two degrees Celsius (35.6 degrees Fahrenheit) above preindustrial levels.

Outside the tropics, they said deadly heatwaves will likely become annual occurrences.

The researchers used a heat index that puts "dangerous" levels at 39.4C, while temperatures above 51C are considered "extremely dangerous" and totally unsafe for humans.

The extreme measure was originally developed for people working in scorching indoor environments, like a ship's boiler room, and have rarely been observed outdoors, Zeppetello said.

But by the end of the century, the researcher said it was "virtually guaranteed" that people in some parts of the tropics would experience this level of heat every year unless emissions are severely curtailed, with swathes of sub-Saharan Africa and India particularly at risk.

"That's pretty scary," he told AFP, adding that even walking outside would be dangerous under those conditions.

In their research Zeppetello and colleagues analysed predictions from global climate models, human population projections, and looked at the relationship between economic growth and carbon emissions.

They estimated that there is only a 0.1 percent chance of limiting global average warming to 1.5C by 2100, projecting that the world is likely to reach 1.8C by 2050.

In 2100, the researchers found, the most likely global average temperature rise would be 3C, which Zeppetello said would spell "nightmarish" conditions for many people.

In a worst case scenario, in which emissions continue unchecked, he said extreme temperatures could last up to two months every year in parts of the tropics.

But he said it depends on how swiftly humanity can cut emissions.

"We don't have to go to that world. There's nothing right now that says it is a certainty, but people need to be aware of just how dangerous that would be if it were to pass," he said.

The researchers said that under all scenarios there could be a large increase in heat-related illnesses, particularly among the elderly, vulnerable and those working outside.

"I think this is a very important point that is receiving far too little attention," said Kristin Aunan, a research professor at the Center for International Climate Research specialising in emissions and human health, who was not involved in the study.

"Reduced workability in outdoor environments could have large economic impacts in addition to the human suffering arising from having to work under extreme temperatures," she told AFP, adding crop production and livestock can also be affected by temperature extremes.