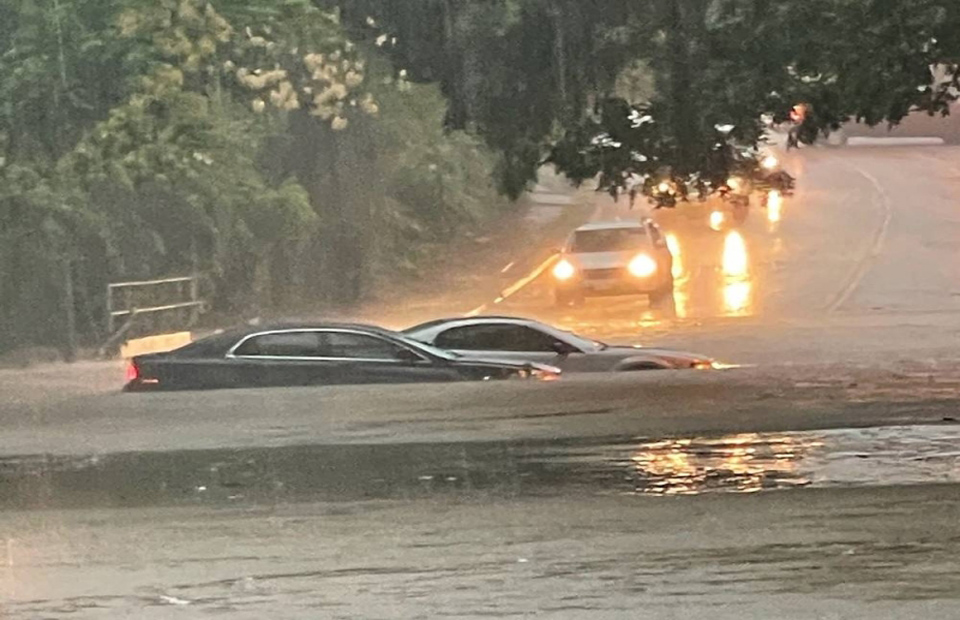 LOS ANGELES, Aug 23, 2022 (BSS/AFP) - A hiker swept away in flash floods and
torrential rain was still missing Monday as a weekend of storms forced
hundreds to evacuate in the latest weather disasters to hit national parks in
the United States.

Heavy rains were also causing havoc in parts of Texas on Monday as
forecasters predicted more precipitation throughout the southern part of the
country for the rest of the week.

Jetal Agnihotri, who park officials said they were still searching for
Monday, was one of a number of hikers hit by surging waters Friday when flash
floods tore through an area of Zion National Park in Utah called the Narrows,
known for red rock cliffs and towering canyons.

One injured hiker was carried hundreds of yards (meters) downstream by the
sudden inundation, while others were left stranded until rangers reached
them, the National Park Service said.

In New Mexico's Carlsbad Caverns National Park, around 200 people had to be
evacuated after being trapped for several hours by rising waters.

No one was injured in that incident.

The flash flooding came after heavy rains pummeled the drought-hit southwest,
with several inches (centimeters) falling in a short space of time.

The downtown area of Moab, Utah was left under three feet of water by the
rains, the New York Times quoted a city spokeswoman as saying.

"We had water that came through in a huge rush along with lots of debris and
some full-sized trees," Lisa Church said, adding the river had overflowed its
banks in three places.

Elsewhere, footage showed children in Arizona being rescued from a school bus
stranded by rising waters.

The National Weather Service (NWS) said northern Texas was expected to be
walloped this week with up to seven inches of rain, with parts of the state
of Mississippi also expected to be affected.

"Much of this rainfall will be beneficial and welcome due to the effects of
an ongoing drought," the agency said.

"But the potential still exists for instances of flash flooding in urban
areas and places with poor drainage."

Flash flood warnings were in effect around Dallas on Monday, with forecasters
predicting difficult conditions on the roads, and videos showed vehicles
becoming submerged in floodwaters while driving in the city overnight.

"Turn around, don't drown when encountering flooded roads. Most flood deaths
occur in vehicles. Be aware of your surroundings and do not drive on flooded
roads," the NWS said.

The western United States is more than 20 years into a painful drought that
has left rivers and reservoirs badly depleted, and the countryside tinder-
dry.

"If the water all comes down over a very quick period of time, it'll run
off," Chris Rasmussen, an NWS meteorologist in Tucson, Arizona, told AFP last
week.

"It doesn't get a chance to really soak into the ground, as you would like to
see.

"It's always nicer to have good, moderate amount of rains over a long period
of time."

Human activity, specifically the runaway use of fossil fuels over the last
century, has caused the Earth's average temperature to rise.

This has altered weather patterns, worsening droughts in some parts of the
world, and intensifying storms in other areas.

Much of Europe has baked under an intense heatwave over the last few months,
with record-low rainfall emptying rivers and leaving the countryside
vulnerable to wildfire.

Chinese authorities said Monday they were powering down key landmarks to save
energy as faltering rivers send hydroelectric plants dark.