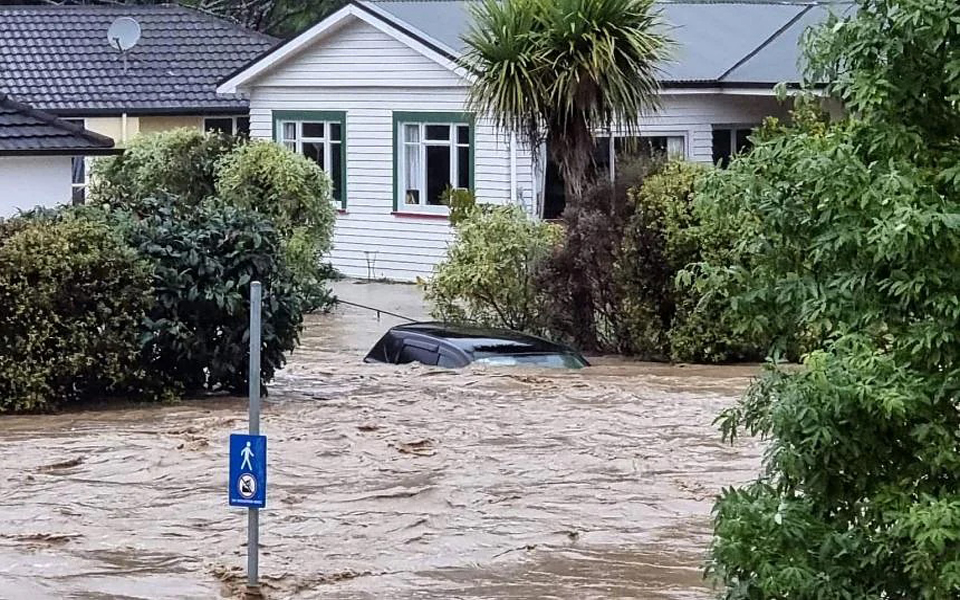 WELLINGTON, Aug 18, 2022 (BSS/AFP) - Hundreds of families on New Zealand's South Island were forced to leave their homes on Thursday after flooding caused a state of emergency to be declared in three regions.

A tropically fuelled storm has dumped more than 30 centimetres (11 inches) of rain on parts of the South Island, causing rivers to burst their banks. The extreme weather has also felled trees, blocking major roads.

A state of emergency was declared Wednesday in Buller, on the west coast, and Nelson -- where 233 homes have been evacuated after a month's worth of rain fell in just 15 hours.

The city's mayor Rachel Reese described the flash flooding as a "one-in-100-year event" as search and rescue teams, plus military personnel, helped people on submerged streets.

She warned locals to treat all water as contaminated, because some sewers had broken.

Nelson resident Sam Lagrutta said the situation was "frightening" after police gave him just five minutes to leave his home.

"I literally just grabbed a carry-on bag and filled it with my passport, wallet, and anything important I could find," he told the New Zealand Herald.
A further 160 households along the South Island's west coast were also asked to evacuate.

Buller has been hit by repeated flooding in the past few years.
Mayor Jamie Cleine said frequent evacuations took a toll on a community bracing itself for more flooding.

"It is extremely troubling for people financially and mentally. This is our reality until a long-term solution can be put in place," he told news site Stuff.

The North Island has also been affected, with three people injured in a car accident in Northland after a tree fell on State Highway One.
The wet winter continues after New Zealand was soaked by its wettest July on record.

Before the damage can be repaired, New Zealand's largest insurer IAG has said building in flood-prone areas must stop.

Climate change is having an enormous impact on the insurance sector as 10 major floods in the past two years have led to total losses of around $400 million (US$251,260), the insurer said.