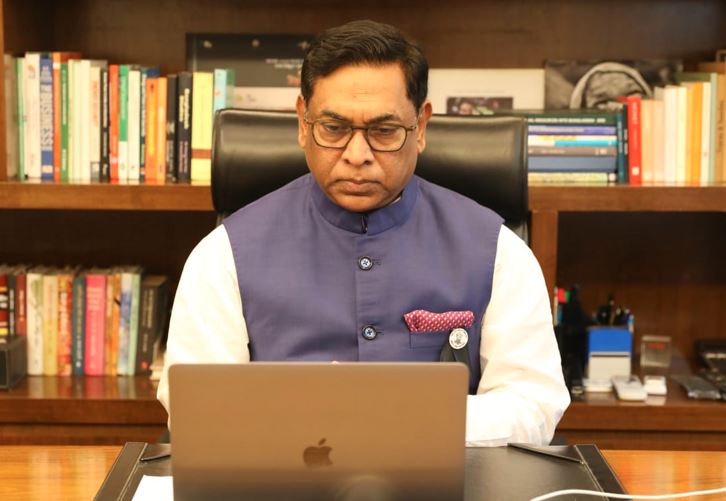 DHAKA, Aug 16, 2022 (BSS) - State Minister for Power, Energy and Mineral Resources Nasrul Hamid today said it is possible to achieve desired goal being imbued with the spirit of Bangabandhu's courage and foresight.

"If you work getting inspired with Father of the Nation Bangabandhu Sheikh Mujibur Rahman's courage and foresight, you will reach the desired goal soon," he said.

Addressing a discussion virtually, the state minister said that all have to work from their respective positions to implement the Vision 2041.

Power, Energy and Mineral Resources Ministry organised the discussion on "Bangabandhu's contribution to develop of the power and energy sector" on the occasion of National Mourning Day and the 47th martyrdom anniversary of Father of Nation Bangabandhu Sheikh Mujibur Rahman, with energy division secretary Md Mahbub Hossain in the chair.

The state minister said those grabbed the state power by killing Bangabandhu did not pay attention to the power and energy sector.

"Bangabandhu's daughter Hon'ble Prime Minister Sheikh Hasina came to power in 1996 and then the fragile power and energy sector started to turn around," he said.

Referring to the current crisis, the state minister said Bangladesh is the victim due to Russia-Ukraine war, as the fuel price hiked in the international market. "But it is temporary. Prime Minister Sheikh Hasina's government has been working to reduce the sufferings of the common people," the state minister also said.

Nasrul said that Bangabandhu had taken bold steps to ensure power energy security of the country through procuring five gas fields from Shell Oil on August 9, 1975.