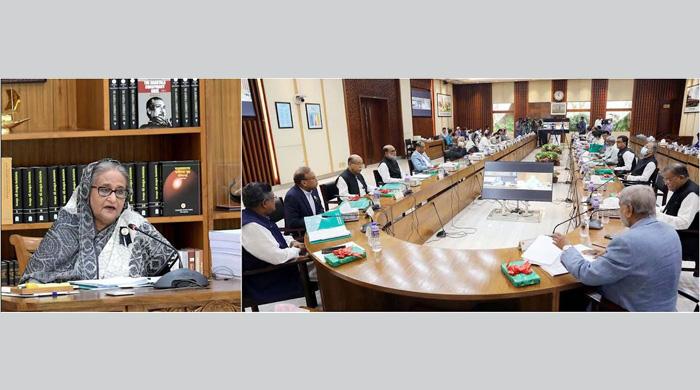 The approval came from the ECNEC meeting with its Chairperson and Prime Minister Sheikh Hasina in the chair.

The Premier joined the meeting virtually from her official Ganabhaban residence while ministers, state ministers, planning commission members and secretaries concerned attended the meeting from the NEC Conference Room in the city's Sher-e-Bangla Nagar area.

Of the approved six projects, three are new while the rest three projects are revised ones, he said, adding: "Of the total project cost, Taka 1,628.13 crore will come from the government while Taka 876.62 crore as project assistance."

Mannan informed that Roads and Highways Department under the Road Transport and Highways Division will implement the "Proper Upgradation of Sonapur- Kabirhat-Companiganj (Basurhat)-Dagonbhuiya Regional Highway (R-148)" Project with a cost of Taka 457.02 crore by June 2025.

He informed that the Roads and Highways Department will also implement another project titled "Construction of Chunkuri Bridge over Chunkuri River at 28th km of Gallamari-Batiaghata-Dakop-Nalyan Forest Road (Z-7606)" with a cost of Taka 745.33 crore by June 2027.