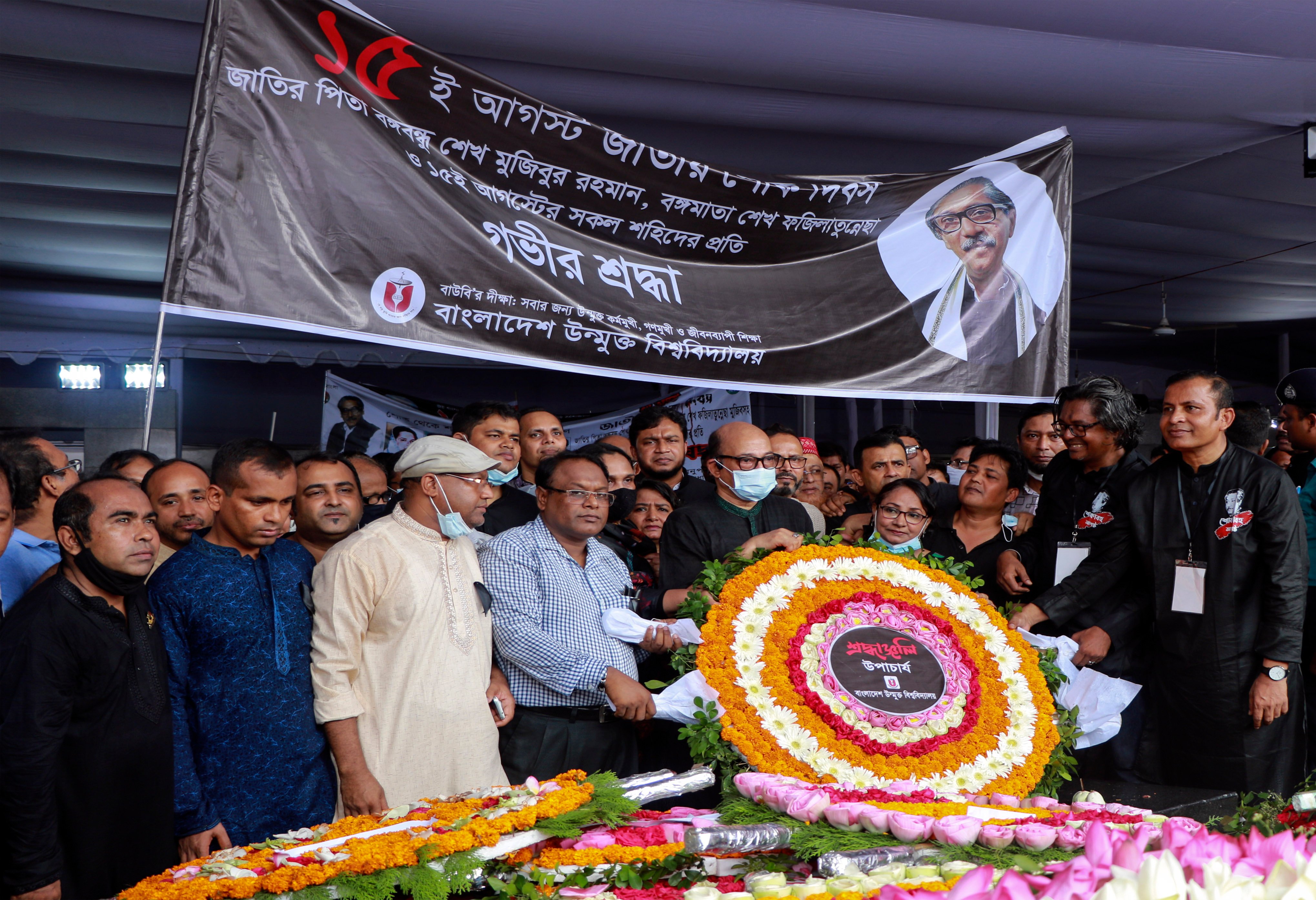 Marking the day, Vice-Chancellor (VC) Professor Dr Syed Humayun Akhter along
with university teachers and officials paid rich tributes to Father of the
Nation by placing wreaths at the portrait of Bangabandhu in front of
Bangabandhu Memorial Museum in the city's Dhanmondi 32 no road.

Earlier, the BOU VC hoisted the National Flag at half-mast and raised black
flag on the campus with the sunrises. He also paid homage to Bangabandhu by
placing wreaths at the memorial sculpture "Swadhinata Chiranton" on the
campus at that time.

Besides, Quran Khwani and a milad mahfil was held at the university mosque
after Johr prayers while all regional and deputy regional centers of the
university also observed the day in a befitting manner.