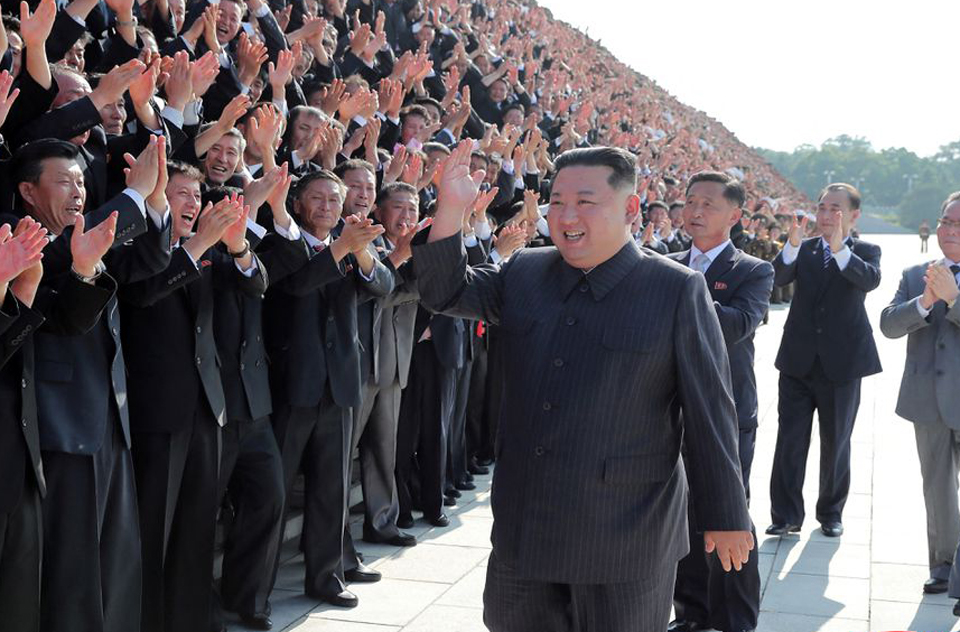 The announcement comes after Pyongyang earlier this week blamed Seoul for causing the Covid-19 outbreak in the North and threatened to "wipe out" the South Korean authorities, if necessary.

Virus restrictions were eased as "the public health crisis created in the country was completely defused and its whole territory was turned into a clean one free from the malignant virus in the shortest period," Pyongyang's official Korea Central News Agency (KCNA) reported.

"The step for obligatory mask-wearing was lifted in all areas except frontline areas and borderline cities and counties, given that the whole country was turned into an epidemic-free zone," KCNA said.

North Korea declared a "shining victory" over Covid earlier this week just months after announcing its first cases in May.

Social distancing and other anti-virus measures were also lifted except for border regions.

But people with symptoms of respiratory disease were recommended to wear masks and North Koreans were urged to "remain vigilant" against "abnormal things" -- apparently referring to propaganda leaflets from the South.

Despite a ban that took effect in 2021, South Korean activists for years have flown balloons carrying propaganda leaflets and dollars over the border, which the North has long protested against.

Kim Yo Jong, the powerful sister of Kim Jong Un, on Wednesday blamed these activities for the North's Covid outbreak, vowing "deadly" retaliation against Seoul.

Kim Yo Jong also revealed that the top leader himself had fallen ill during the outbreak and suffered from a "high fever".

North Korea has recorded nearly 4.8 million "fever" cases -- while only identifying a fraction of those as Covid -- since late April, with just 74 deaths, according to KCNA.

Experts, including the World Health Organization, have long questioned Pyongyang's Covid statistics and claims to have brought the outbreak under control.

It is not believed to have vaccinated any of its 26 million population, although it may have received some vaccines from China, Seoul-based specialist site NK News has reported.