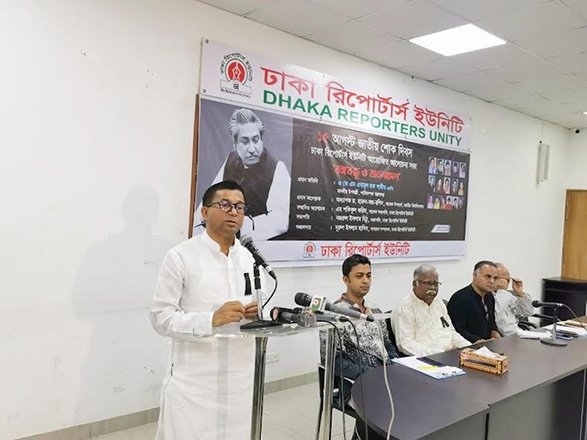 "Killers - Mustaque and Ziaur Rahman - thought that it would be easier to
erase the name of Father of the Nation through the assassination of him on
August 15, 1975...but ultimately his name was never erased," he said.

The deputy minister made these remarks while addressing a discussion titled
'Bangabandhu and Bangladesh' at Dhaka Reporters Unity (DRU) auditorium here.

Recalling the tragic assassination that took place on August 15 in 1975,
Shameem, former organising secretary of the ruling Awami League, said the
killers - Khandaker Mushtaque Ahmed and Ziaur Rahman - thought that it would
be possible to erase the name of the Father of the Nation from the history,
but they could not do so since Bangabandhu's name is imprinted in the heart
of the people of Bangladesh.

Terming Bangabandhu as an inimitable leader in the world, the deputy minister
said Bangabandhu formed a political party and ultimately made the country
independent with the party as he wanted emancipation of the Bangalee nation.