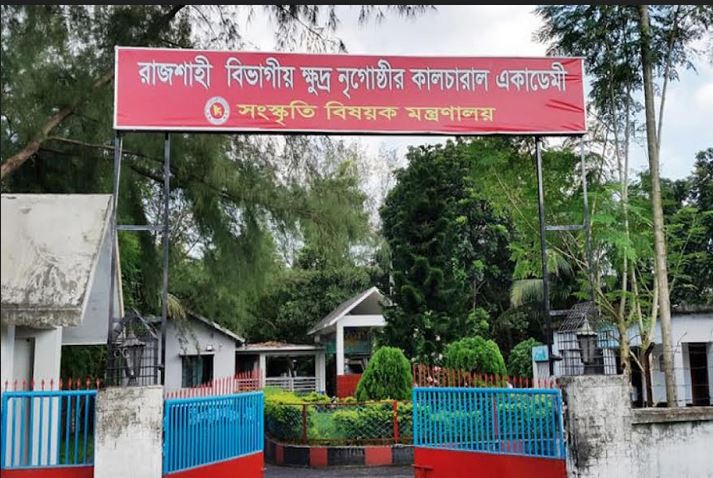 RAJSHAHI, August 6, 2022 (BSS) - Rajshahi Divisional Ethnic Minority Cultural Academy (RDEMCA) has been playing a vital role in revitalizing the ethnic cultural heritages in the region, including its vast Barind tract, for the last couple of years.

"Many of our traditional cultural practices were on the verge of extinction, but at present the RDEMCA has started reviving those," said Jogendra Nath Saren, Executive Council Member of the academy.

He said the academy located in Mollapara area in the city has got a new look expanding opportunities for local ethnic people to promote their culture in many ways amid implementation of diversified innovation programmes.

The academy has now been working to create scopes for rejuvenating the traditional cultural practices among the children of ethnic groups through exploring their latent talents.

Jogen Saren said the ethnic people, both male and female, get scope of participating in all programmes to observe the national and international days and come together with mainstream communities to celebrate their religious and social festivals.

Another executive committee member Chittoronjon Sardar said Rajshahi is a home of around 21 ethnic groups and the academy has been working for promoting, protecting and fostering their culture and heritage.

The academy is also working to boost up the young generation to enhance their level of confidence in career building, he said.

Apart from publication of seven anthropological research books and periodicals, nine audiovisual documentary films on life and culture of Santal, Orao, Mahle, Munda, Kol, Paharia and Rajoare, the academy has made twelve audio albums and composing more than 100 extinct songs of the ethnic people along with a music video.

A heritage museum on traditional musical instruments, dresses, ornaments and other traditional utensils of ethnic people has been set up as well.

A newly built library and souvenir is earning much appreciation from people while a gallery styled "Bangabandhu and Bangladesh" has been established in the library with as many as 618 books and 50 rare pictures.

Divisional Commissioner and President of RDEMCA executive council GSM Zafarullah said the academy is giving importance to protect the culture of ethnic groups from further degradation.

The academy is successfully implementing various programs to this end, he said.

Deputy Director of RDEMCA Kolyan Chowdhury while giving an overview on the academy, said for the first time, the academy awarded reception to four ethnic women in recognition of their laudable contribution to social and educational development.

The academy also arranged year round training programs on arts like music, dance, musical instruments and theatre and drama in addition to imparting training to 750 people of cultural fields, said Kolyan Chowdhury.

RDEMCA Research Officer Benjamin Tudu said the present government under the dynamic and visionary leadership of Prime Minister Sheikh Hasina is committed to protecting the cultural heritage of the ethnic people.