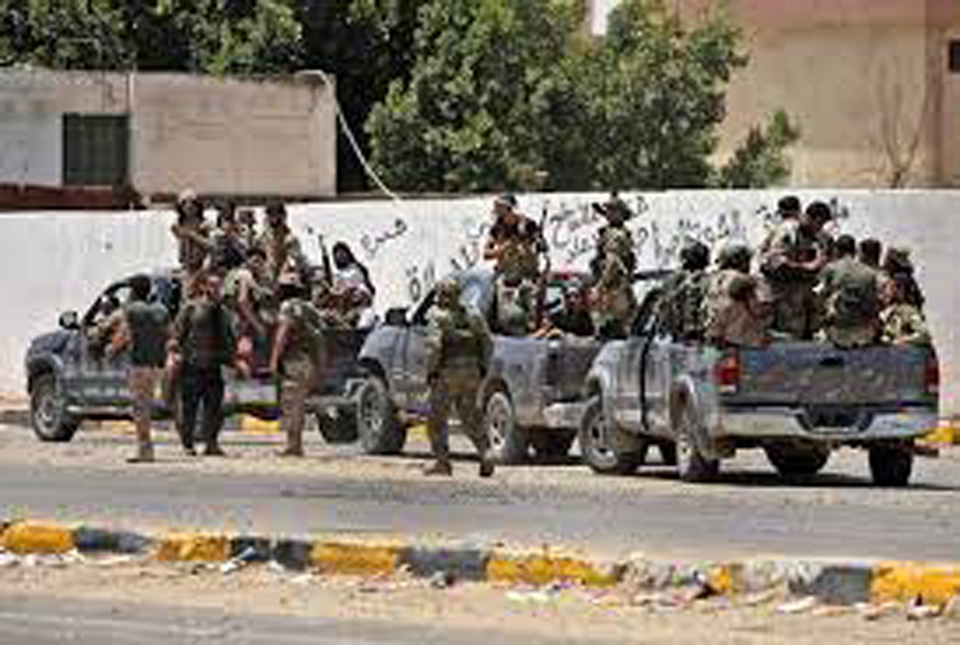 TRIPOLI, Aug 6, 2022 (BSS/AFP) - Clashes between armed groups erupted overnight in Tripoli, according to local media reports, the latest violence to hit the Libyan capital
.
An AFP journalist heard gunfire and explosions around 1:00 am Saturday (2300 GMT) in the city.

The fighting, with light and heavy weapons, occurred in the El Jebs district in the city's south, media reports said.

Tensions have been rising for months in Libya as two prime ministers vie for power, raising fears of renewed conflict two years after a landmark truce ended a ruinous attempt by eastern military chief Khalifa Haftar to seize Tripoli by force.

Saturday's clashes were between armed groups loyal to Prime Minister Abdulhamid Dbeibah, head of the unity government based in Tripoli, and others following his rival Fathi Bashagha, named in February as prime minister by a parliament based in Libya's east after he made a pact with Haftar.

The fighting ended when another group called the 444 Brigade intervened to mediate, according to Libyan media. There were no immediate reports of casualties.

Bashagha has failed in his attempts to oust Dbeibah, who has repeatedly asserted he will only hand over power to an elected government.

Tensions between armed groups loyal to the rival leaders have increased in recent months in Tripoli. On July 22, fighting in the heart of the city left 16 dead and about 50 wounded.

Dbeibah's Government of National Unity was appointed as part of a United Nations-backed peace process to end more than a decade of violence in the North African country.

The transitional government had a mandate to lead the country to elections last December, but they never took place due to divisions over the rules and the presence of controversial candidates.

Libya has been gripped by insecurity since a NATO-backed uprising toppled and killed dictator Moamer Kadhafi in 2011, leaving a power vacuum armed groups have been wrangling for years to fill.