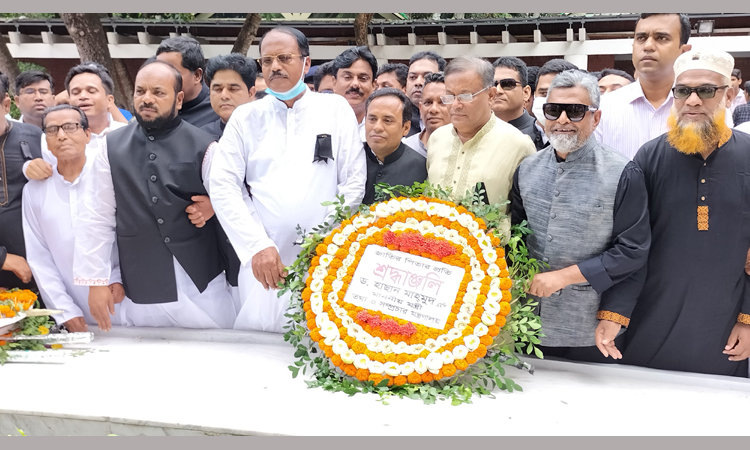 After laying the wreath, Dr Hasan stood in solemn silence for some time as a mark of profound respect to the memory of Bangabandhu, the architect of independence.

They offered fateha and joined a munajat seeking eternal peace for the departed souls of Bangabandhu and his martyred family members.