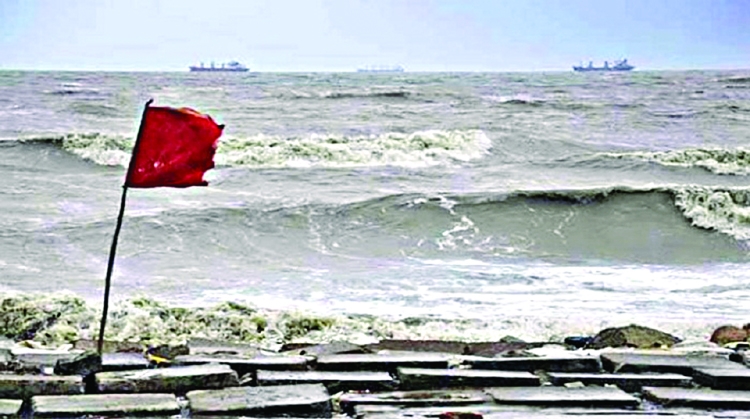 All fishing boats and trawlers over North Bay have been advised to come close to the coast and proceed with caution till further notice, the met bulletin added.

The axis of monsoon trough runs through Rajsthan, Horiyana, Uttar Pradesh, Bihar, Gangetic West Bengal, the centre of the low to Assam across southern part of Bangladesh. One of its associated troughs extends up to North Bay.

Monsoon is active over Bangladesh and strong over North Bay, the bulletin further said this morning.

Light to moderate rain or thundershowers accompanied by temporary gusty or squally wind is also likely to occur at most places over Khulna, Barishal, Chattogram and Sylhet divisions and at many places over Rangpur, Rajshahi, Dhaka and Mymensingh divisions with moderately heavy to heavy falls at places over the country.

Day and night temperature may fall 1-2 degrees Celsius over the country.