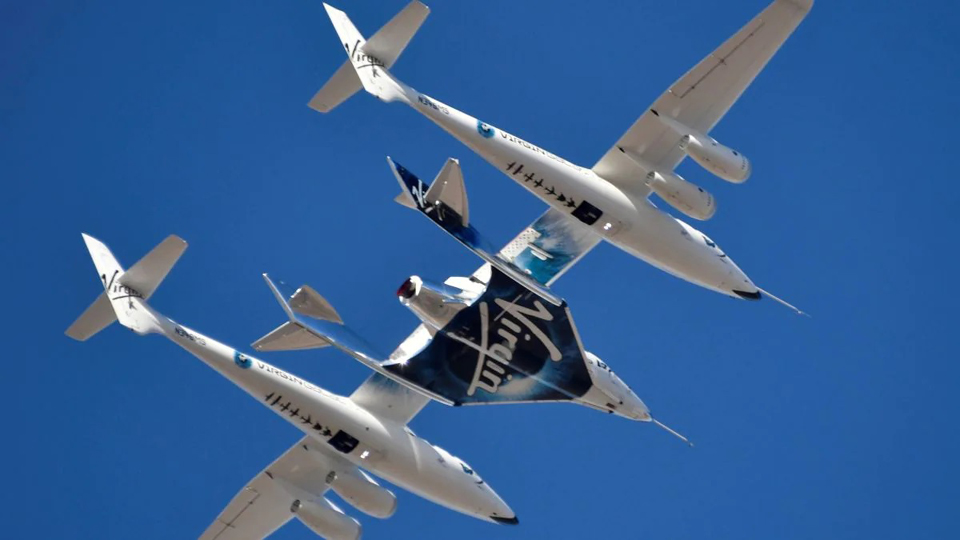 These new "motherships" will replace Virgin Galactic's existing carrier plane
-- the VMS Eve built by Scaled Composites -- with the first of the new
aircraft due to enter service by 2025. The company also plans to launch new
"Delta-class" spaceships the same year.

The value of the contract was not disclosed.

Virgin Galactic CEO Michael Colglazier said in a statement the next
generation motherships "will be faster to produce, easier to maintain and
will allow us to fly substantially more missions each year."

He added the goal was 400 flights per year from the company's base in New
Mexico, called Spaceport America.

Todd Citron, Boeing's Chief Technology Officer added: "Boeing is excited to
contribute our culture of safety, our operational excellence, and our
expertise in aircraft design and manufacturing to help advance human space
travel."

The statement did not however offer any technical details.

Established in 2004, Virgin Galactic is looking to build on the success of a
high profile test mission in 2021, which saw its founder Richard Branson
experience a few minutes' weightlessness on the edge of space.

Unlike other companies that use vertical-launch rockets, Virgin Galactic uses
a carrier aircraft that takes off from a runway, gains high altitude, and
drops a rocket-powered spaceplane that soars into space before gliding back
to Earth.

Both VMS Eve and the company's spaceplane VMS Unity are at the company's
production facility in Mojave, California, where they are undergoing
maintenance. Virgin Galactic said its first commercial missions will begin in
the first quarter of 2023.