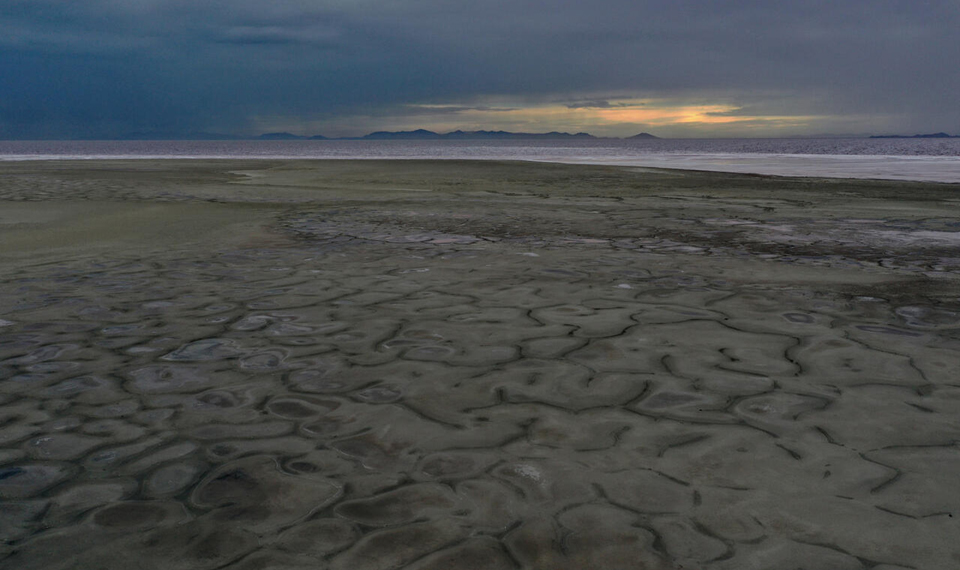 LOS ANGELES, July 7, 2022 (BSS/AFP) - Water in Utah's Great Salt Lake has fallen to its lowest level ever recorded, authorities announced this week, a result of the ongoing drought impacting the western United States which scientists warn has been exacerbated by climate change.

The average depth of the massive saltwater lake, the largest in the Western Hemisphere, fluctuates naturally with the seasons and local precipitation.

But the economically and environmentally important basin has never been this low since records began in 1847, when Mormons first arrived to establish Salt Lake City.

The previous record-low was set in October 2021, the US Geological Survey (USGS) said in a press release Tuesday.

"This is not the type of record we like to break," Joel Ferry, executive director of Utah's Department of Natural Resources, said in the joint statement.

"Urgent action is needed to help protect and preserve this critical resource. It's clear the lake is in trouble," he added.

Based on trends from prior years, "lake levels will likely continue to decrease until fall or early winter when the amount of incoming water to the lake equals or exceeds evaporative losses," the USGS said.

According to estimates published by Utah state government, the Great Salt Lake contributes up to $1.3 billion annually to the local economy, through a wide range of industries including mining, fish farming and tourism.

The lake's depletion could also threaten the large number of migratory birds which stop there every year, and could have serious health repercussions for the local population.

Scientists warned recently that dangerous arsenic-rich sediment lies along the lake bottom and could be spread by the wind if exposed to the air.

Almost the entire American west is in the grip of a major drought, which has resulted in reduced water flow to rivers and dramatically lowered the levels of key reservoirs including Lake Mead and Lake Powell.

Climatologists note that there is historical precedent for droughts lasting longer than 20 years in the region, but that their severity has increased because of rising global temperatures due to human activity.