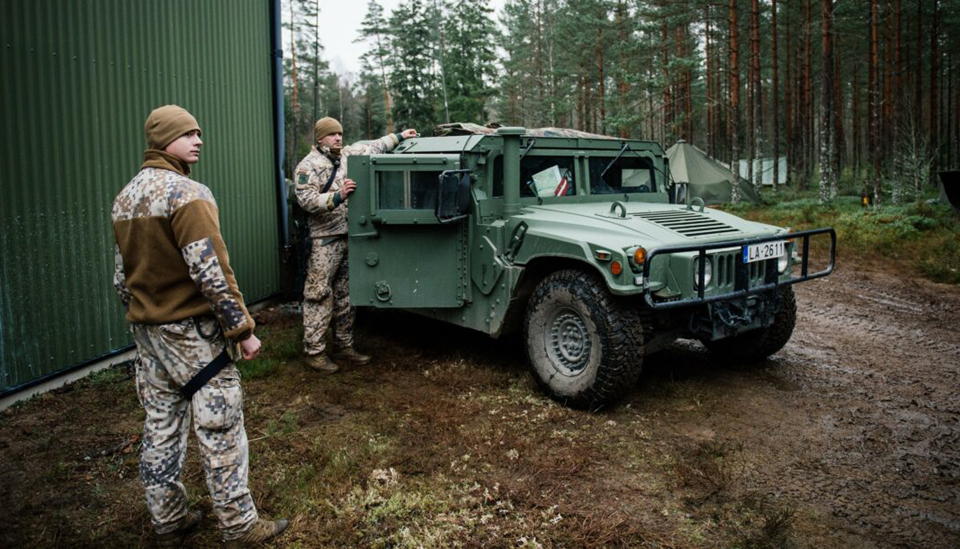 "The current military system of Latvia has reached its limit. Meanwhile we
have no reason to think that Russia will change its behaviour," Pabriks told
reporters.

Latvia had scrapped mandatory service a few years after joining the NATO
defence alliance. Since 2007, the EU member's military has consisted of
career soldiers along with National Guard volunteers who serve in the
infantry part-time on weekends.

The country of under two million people, which borders both Belarus and
Russia, currently only has 7,500 active duty soldiers and National Guard
members, backed by 1,500 NATO troops.

Pabriks said the mandatory military service will apply to men and enter into
effect next year, with several options available for fulfilling the
requirement.

Gatis Priede, a National Guard soldier, called the move "the best news" and
said the decision should have been taken after Russia annexed Crimea in 2014.

"This is the right thing -- to train more reservists for our army and for
overall NATO strength, which is still critically lacking in the Northern
European and Baltic region," he told AFP.

Pabriks also announced plans to build another military base near the
southeastern city of Jekabpils, located closer to the Russian border than the
existing Adazi base.