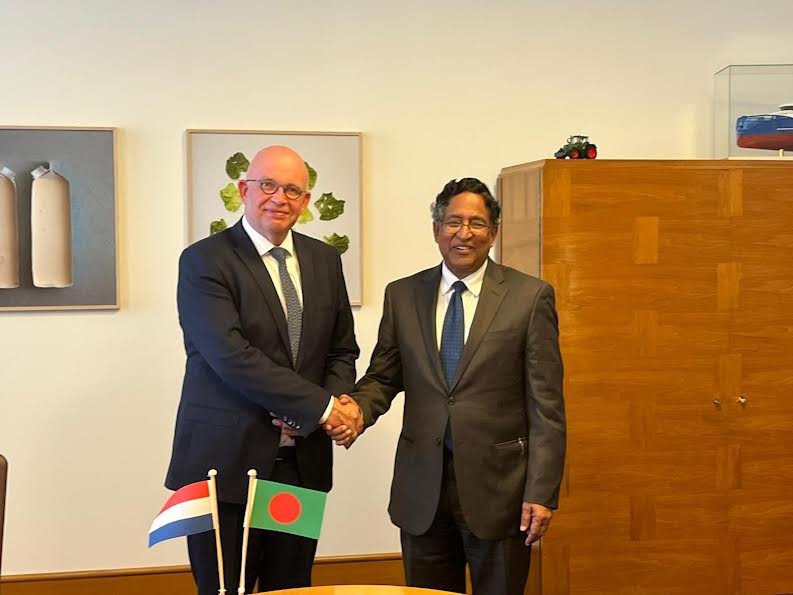 "Bangladesh is now ranking among top ten countries around the world in terms of some major food grains production including rice, vegetables, fisheries and livestock," he said.

The minister made this comment while he called on his counterpart Henk Staghouwer at the concerned ministry here.

During the meeting, they discussed on providing assistance and investment in farm technology between the two countries.

The Dutch Agriculture Minister has congratulated his Bangladeshi counterpart for participating at Floriade horticultural expositions, an international exhibition and garden festival, held every 10 years in the Netherlands.

The visitors and traders coming from different European countries including the Netherlands are getting privilege to know about Bangladeshi culture, production of agricultural commodities and its extensive use and dimensions resulting in participation in the event, said Henk during the call on meeting.

To mark 50-years anniversary of friendship between Bangladesh and the Netherlands, Dr Razzaque also informed his counterpart on agree-business conclave which was successfully held at The Hague with the participation of Dutch Agricultural Ministry and other Dutch Agro-business companies who also were taken part in the event.