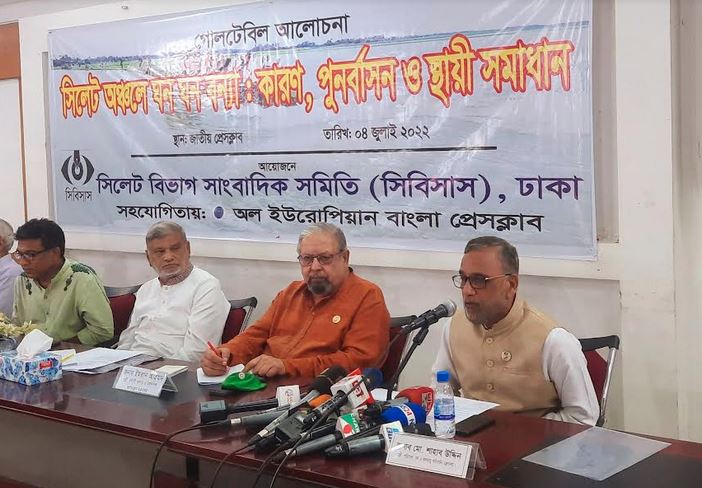 "Increasing water holding capacity of reservoirs will reduce the intensity of floods. Environmental protection must be given utmost importance to reduce natural disasters. The indiscriminate-cutting of trees and hills should be stopped," he said.

The minister was speaking as a special guest at a roundtable discussion titled 'Frequent Floods in Sylhet Region: Causes, Rehabilitation and Permanent Solutions' organized by Sylhet Division Journalists Association, Dhaka at the National Press Club here, a press release said.

Prime Minister Sheikh Hasina has directed to re-open the river channels of Surma and Kushiara, he said, adding that special measures are being taken by the government to rehabilitate the flood-affected people.

The minister called upon the affluent people of the society to come forward to help the helpless people during the disaster-period.