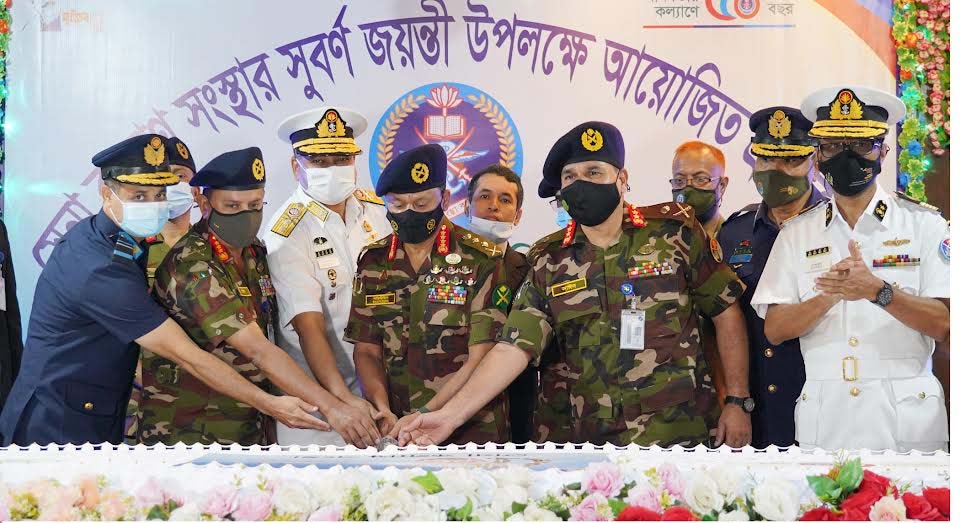 At this time he also inaugurated "Bangabandhu Corner" on the 10th floor
of the SKS Tower.

He distributed gifts among the families of the injured or killed members, who died and got injured while performing duty, and provided  scholarships among the meritorious students.

The event was attended by senior military officers of the Armed Forces, eminent personalities and heads of various institutions.

On July 1, 1972, under the strong direction of Father of the Nation Bangabandhu Sheikh Mujibur Rahman, the pre-independence 'Fauji Foundation' was reborn as Sena Kalyan Sangstha with a vow for the welfare of our people and retired officers and employees of the Armed Forces.

Under the strong direction of the Chief of Army Staff and Chairman Board of Trustees, this organization is working in the service of humanity.

The welfare-oriented organization has made a commendable contribution to nation building in the past years by providing a grant of Tk 456 crore to about 2 million retired members of the Army, Navy and Air Force as well as paying more than Tk 1,500 crore in taxes to the Government of Bangladesh.

The organization has provided a grant of around Tk 20 crore for the establishment of a cancer unit at Dhaka CMH.

In addition, under the supervision of the Armed Forces Board, 30 medical dispensaries in different parts of the country and four emergency medical service centers at DOHS in Dhaka are being run with the funding of this organization.

As part of the Corona tackling activities, the organization has provided a grant of Tk five crore to the Prime Minister's Fund.

In response to the Corona and flood situation across the country, the Army Welfare Agency has stood beside the needy people by distributing food and a large amount of relief items.

Construction and demining companies were set up by the Army Welfare Organization and steps are being taken to expand the business beyond the borders of the country to Kuwait, Qatar, Saudi Arabia, Bahrain, Malaysia and UN missions.

Through the implementation of these great initiatives, the Army Welfare Organization would make a strong contribution to building 'Sonar Bangla' dreamt by Father of the Nation Bangabandhu Sheikh Mujibur Rahman by multiplying employment for the people of the country including retired officers and employees of the Armed Forces and providing financial assistance for the welfare of humanity.