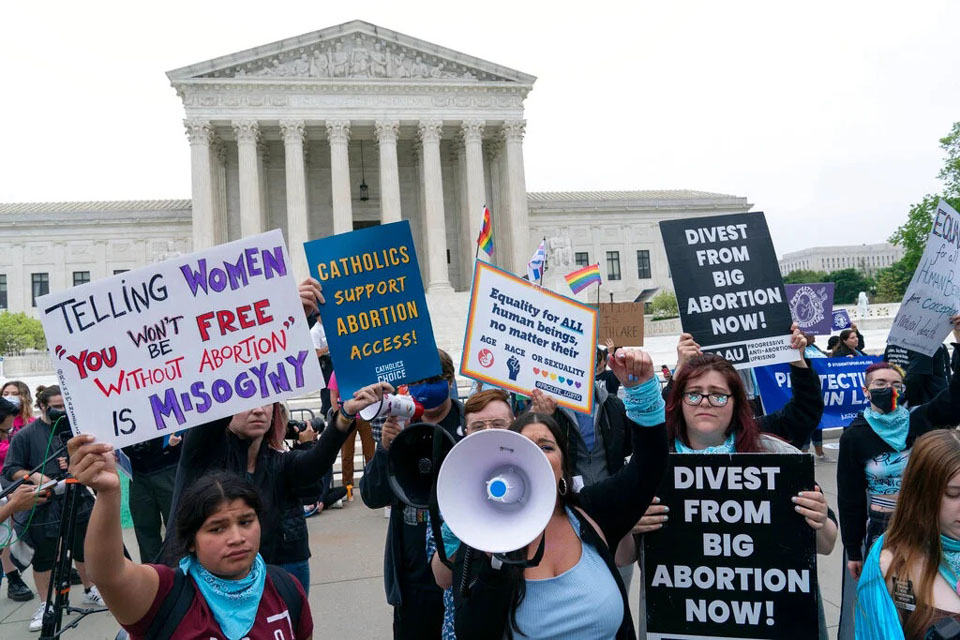 NEW YORK, July 2, 2022 (BSS/AFP) - The US state of New York moved to enshrine abortion rights and access to contraception in its constitution Friday, becoming a vanguard in the pushback against a seismic ruling by the country's Supreme Court that upended reproductive rights nationwide.

The state Senate "advanced the first passage of an amendment to codify the right to an abortion and the right to contraception in the State Constitution," it said in a statement.

New York state law already permits abortions, so the move would add an extra layer of legal protection for the procedure.

The amendment also seeks to "update the existing Equal Rights Amendment to extend current protections to several new classes, including on the basis of sex, disability, national origin, ethnicity, and age," it said.

After passing the Senate, the legislation will next go to the state Assembly, where it is expected to be passed.

Voters will then cast their ballot on it directly in a referendum.
Conservatives in the United States have been working for decades to overturn Roe v. Wade, the 1973 Supreme Court ruling that said the US constitution provides for a right to an abortion.

Last month they got their wish when the court's new conservative majority overturned Roe with a decision that was widely expected, but nonetheless ignited nationwide protests and brought international condemnation.

The decision handed power back to the states to make their own rules on abortion, and up to half are expected to ban or severely restrict it.

Others have declared themselves abortion "sanctuaries" and vowed to protect the right, as well as other rights such as gay marriage which progressives now fear are in the court's sights.

"The reversal of Roe v. Wade made it clear that New York State must continue to stand up and be a national leader to protect women and individual rights," said New York Senate Majority Leader Andrea Stewart-Cousins, a Democrat, in the statement.