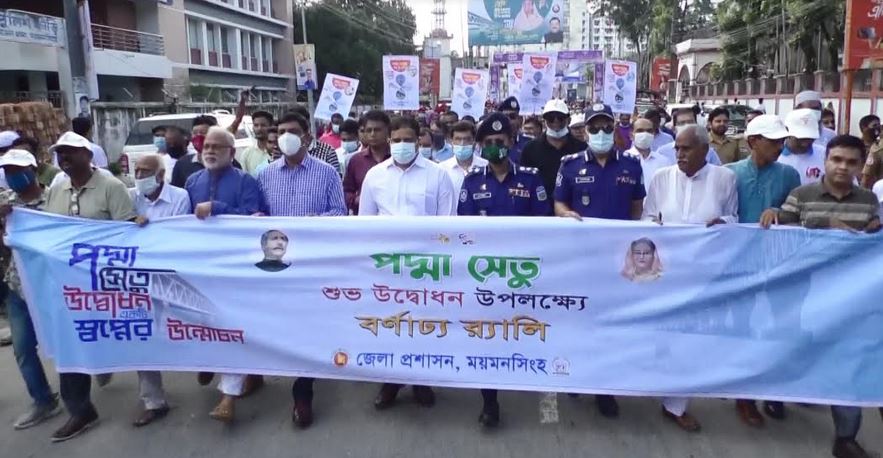 MYMENSINGH, June 25, 2022 (BSS)- A festive mood has been prevailing every
corner of the district including its city areas marking the historic
inauguration of the Padma Bridge.

The main street and important corners of the city have been decorated with
colorful banners and festoons.

Marking the ceremony, a colorful grand rally, organised by district
administration, was brought out in the city at 8.30 am today which was
started from the town hall premises and ended at Rafique Uddin Bhuyan Stadium
after parading Town Hall to stadium.

Later, a discussion was held on a colorful Moncha at the stadium at 9 am with
Deputy Commissioner Md. Enamul Haque in the chair.

Thousands of people in Mymensingh have enjoyed the historic inauguration
events of the Padma Bridge while the Prime Minister Sheikh Hasina opened it
today.

Besides, a colorful cultural function will be held at 5pm at the same venue
to mark the occasion.