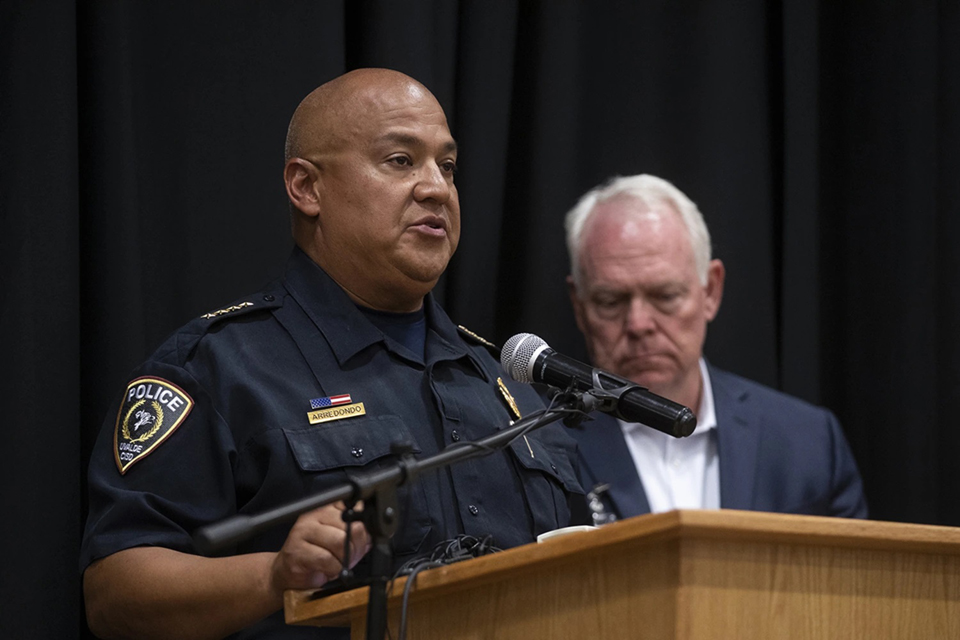 WASHINGTON, June 23, 2022 (BSS/AFP) - The head of the Uvalde school district police force -- who oversaw the response to the school shooting in which 19 children were killed last month in Texas -- has been suspended, the superintendent said Wednesday.

The announcement came a day after the head of Texas' public safety department called the police response to the massacre an "abject failure."

"From the beginning of this horrible event, I shared that the district would wait until the investigation was complete before making personnel decisions," Uvalde Consolidated Independent School District Superintendent Hal Harrell said in a statement.

"Because of the lack of clarity that remains and the unknown timing of when I will receive the results of the investigations, I have made the decision to place Chief (Pete) Arredondo on administrative leave effective on this date," Harrell said.

Nineteen young children and two teachers were killed when a teenage gunman went on a rampage at Robb Elementary School on May 24 in America's worst school shooting in a decade. Police eventually shot and killed the gunman.

Local police have been under intense scrutiny since it emerged that more than a dozen officers waited for an hour outside a pair of adjoining classrooms where the shooting was taking place and did nothing as children lay dead or dying inside.

On Tuesday, Steve McCraw, Texas' public safety chief, told state senators during a hearing that Arredondo "decided to place the lives of officers before the lives of children."

"There's compelling evidence that the law enforcement response to the attack at Robb Elementary was an abject failure and antithetical to everything we've learned over the last two decades since the Columbine massacre," McCraw said, referring to the 1999 Colorado high school shooting that left 13 people dead. It was America's first major school massacre.

The mayor of Uvalde said Tuesday that Robb Elementary School would be demolished.

"You can never ask a child to go back, or a teacher to go back in that school ever," Don McLoughlin said at a city council meeting.