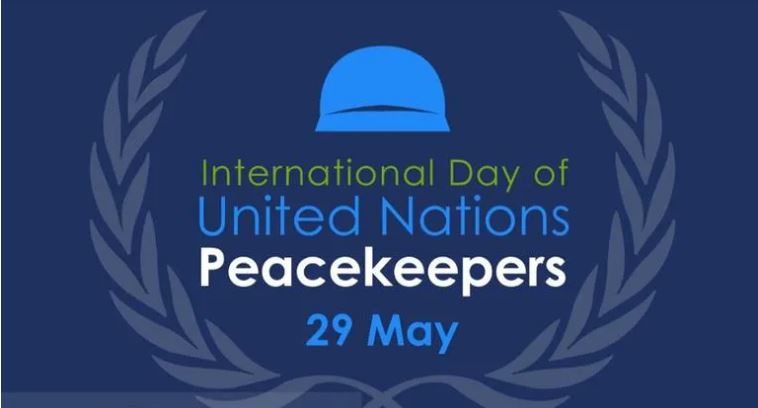 DHAKA, May 27, 2022 (BSS) - International Day of United Nations (UN)
Peacekeepers would be observed on Sunday (May 29) in the country like
elsewhere in the world with due dignity.

On the day, people have to pay tribute to all the men and women who have
served as military, police or civilians in UN Peacekeeping operations.

Besides, people commend their professionalism, dedication and courage and
honour the memory of those who have lost their lives in the cause of peace.

On the morning of the Day, the programme would start by commemoration of the
Peacekeepers.

A reception would be held at 10.30 at the Bangabandhu International
Conference Center for the relatives of the martyred peacekeepers and a
special presentation on UN peacekeeping activities.

Prime Minister Sheikh Hasina is scheduled to be present as the chief guest of
the reception virtually, said a press release here.

The programme will be telecast live on Bangladesh Television and Btv World.

Law, Justice and Parliamentary Affairs Minister Anisul Huq will also be
present at the "Peacekeeping Run-2022" in the morning.

Special journals and supplements will be published by the national dailies to
highlight the significance of the day and talk shows will be aired on various
private TV channels including Bangladesh Television and Bangladesh Betar.

Documentary on Bangladesh Peacekeeping activities has already been aired on
Bangladesh Television and other private channels.

Members of the Cabinet, Ambassadors, High Commissioners of different
countries to Bangladesh, UN Resident Coordinator to Bangladesh, Chiefs of the
three Armed Forces, Military Advisers of UN Peacekeeping Missions, Members of
Parliament, Officers of the Armed Forces Department, the Inspector General,
senior officials of the Ministry of Foreign Affairs, senior military and
civilian officials including media personalities will be present, among
others, on the occasion.