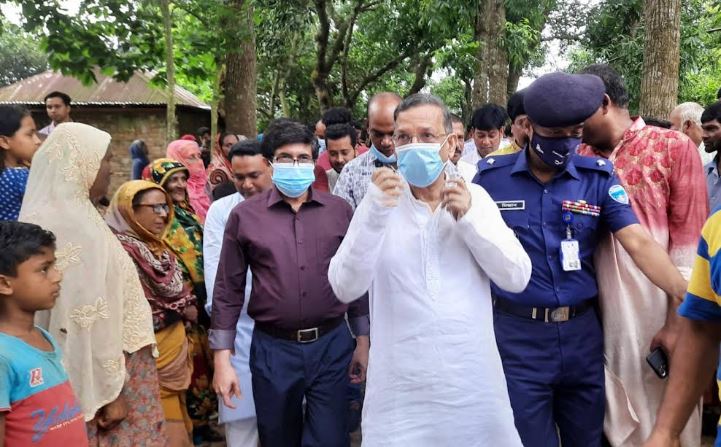 BRAHMANBARIA, May 27, 2022 (BSS) - Law, Justice and Parliamentary Affairs Minister Anisul Huq today said BNP has not been able to digest the fact that Bangladesh can construct Padma Bridge with its own fund and that is why they are spreading propaganda against it.

"They (BNP) do not want anything good for Bangladesh and that is why they are running their propaganda campaign. They are habituated to falsehood and anarchy," he said while talking to newsmen at Akhaura, Brahmanbaria, this morning.

The law minister urged the people not to pay heed to this propaganda.

Anisul visited the ongoing work of 'Ashrayan' project in village Razapur under Akhaura upazila in the district and warned all concerned against any type of corruption.

Referring to recent transfer of Akhaura upazila nirbahi officer (UNO) to Rangamati and assistant commissioner (land) to Bandarban over corruption, the minister said the government has taken action against the people found involved in corruption.

"Whoever will be found involved in corruption anywhere in the country, action will be taken against him or her," he added.