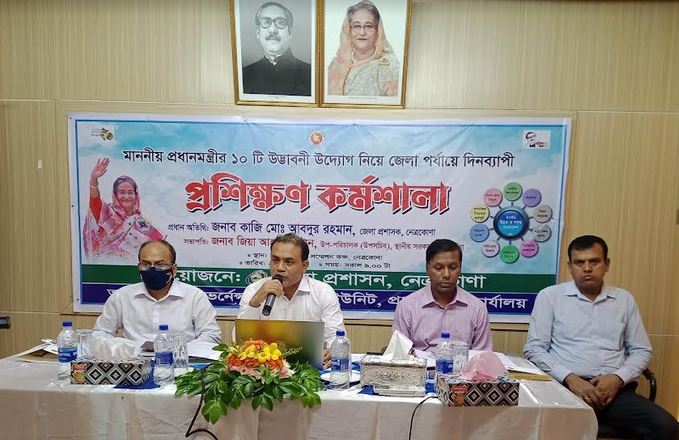 Netrakona May 25, 2022 (BSS)-Speakers at a day-long workshop here today underlined the need for concerted efforts of all  including the officials and peoples representatives to build up the country as developed and prosperous one by materializing Prime Minister’s ten special initiatives.

It was addressed, among others, by Additional Deputy Commissioner (general), Netrakona Monir Hussain and Administrator of Netrakona Zila Parishad Proshanta Kumar Ray.